Ellis Reflects On Parker 425 and Looks Toward Baja 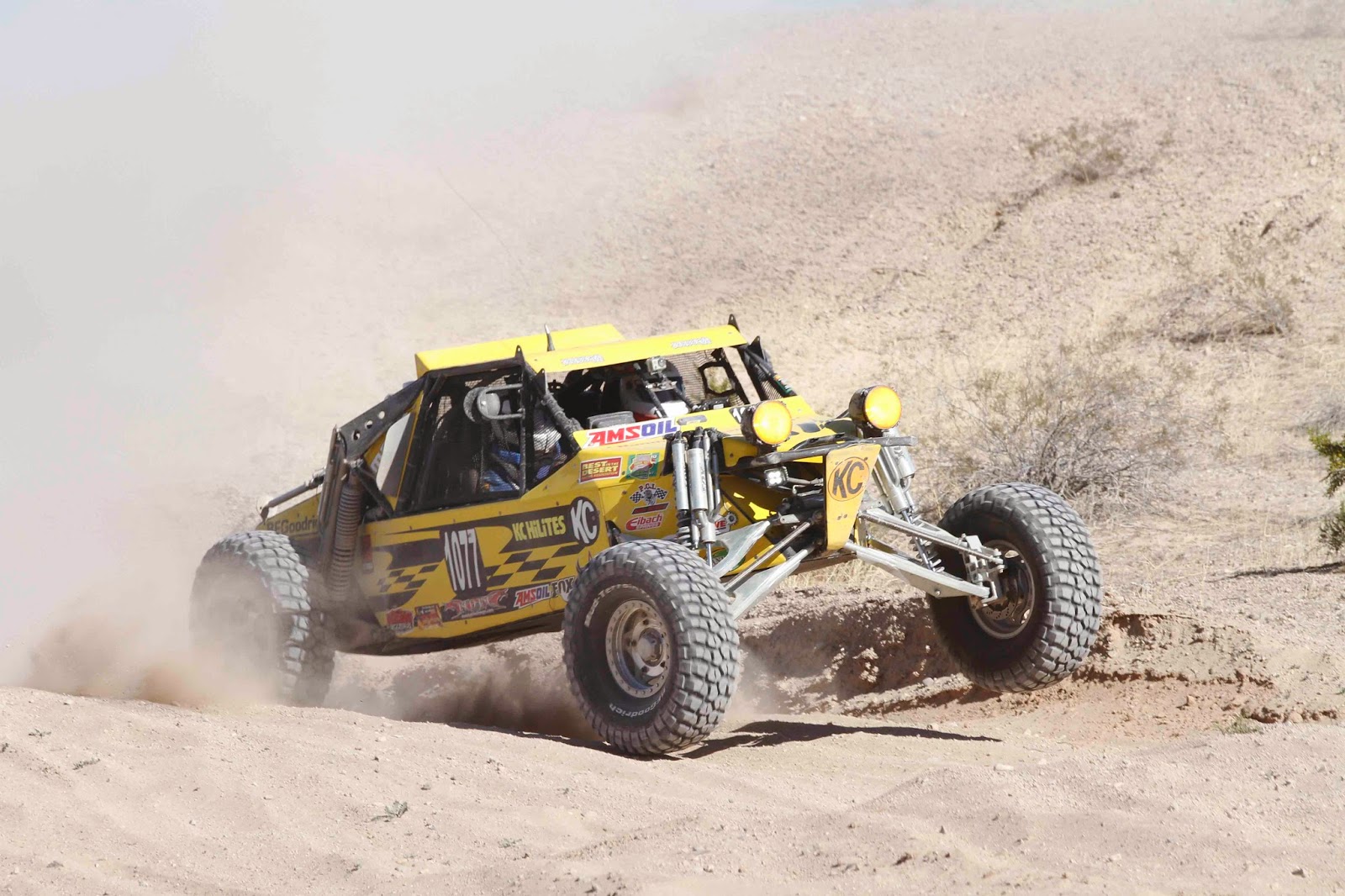 A few weeks ago we covered Randy Ellis as he prepared for the Parker 425 Best in the Desert event in Parker, Ariz. This race is an unrelenting journey through 425 miles of desert conditions that can take out even the mightiest of rigs. Its demanding terrain leaves many racers facing flat tires, broken parts and bruised egos as it methodically eliminates competitors along the entire course.

Ellis and his team started strong but ran into an obstacle (literally) almost 300 miles in. They went out in spectacular fashion after a valiant effort, but the Parker 425 had claimed another casualty. Read below for a recap of how it all went down in Ellis’ own words.

Off the line at 8:30 a.m. and into the sun for the first 27 miles of dust with very limited sight. We made good time and passed a few cars but kept a reserved pace, it was going to be a long race. We had moved up to 12th on the first lap of 145 miles and pulled into our scheduled pit stop for fuel. The team made a very fast fill and check of the car, and we did not lose any position. About 8 miles out from the pit an unlimited car hit us hard and pushed us off course. Flat tire, but Awesome Burmer changed it fast.

Now on our second lap we could tell the course was getting rougher, but we pushed a little harder and moved up a few more spots. Towards the end of the second lap in 6th position, about 290 miles in, we had a problem. We flew over a road crossing and landed pretty hard and a little sideways, straightened the car up and went to grab 5th gear at about 85 mph. That’s when it happened; the steering became unattached from the rack and we kicked a little sideways, straight for a large steel power pole. It was full brakes and hold on, BAM! We hit it with the right front tire. The pole spun us around and we came to a stop in a cloud of dust. Wow, we were OK! Two guys ran up to us and were so excited, saying “DUDE THAT WAS FREAKING AWESOME!!! ARE YOU ALRIGHT?!!!” We both answered yes.

That was the end of the race for us. Broken spindle, steering rack and bulkhead torn off, upper and lower control arms bent, mounts at the chassis bent and numerous other things. All said and done, we ended up 19th in class with a good amount of points to carry forward into the season. 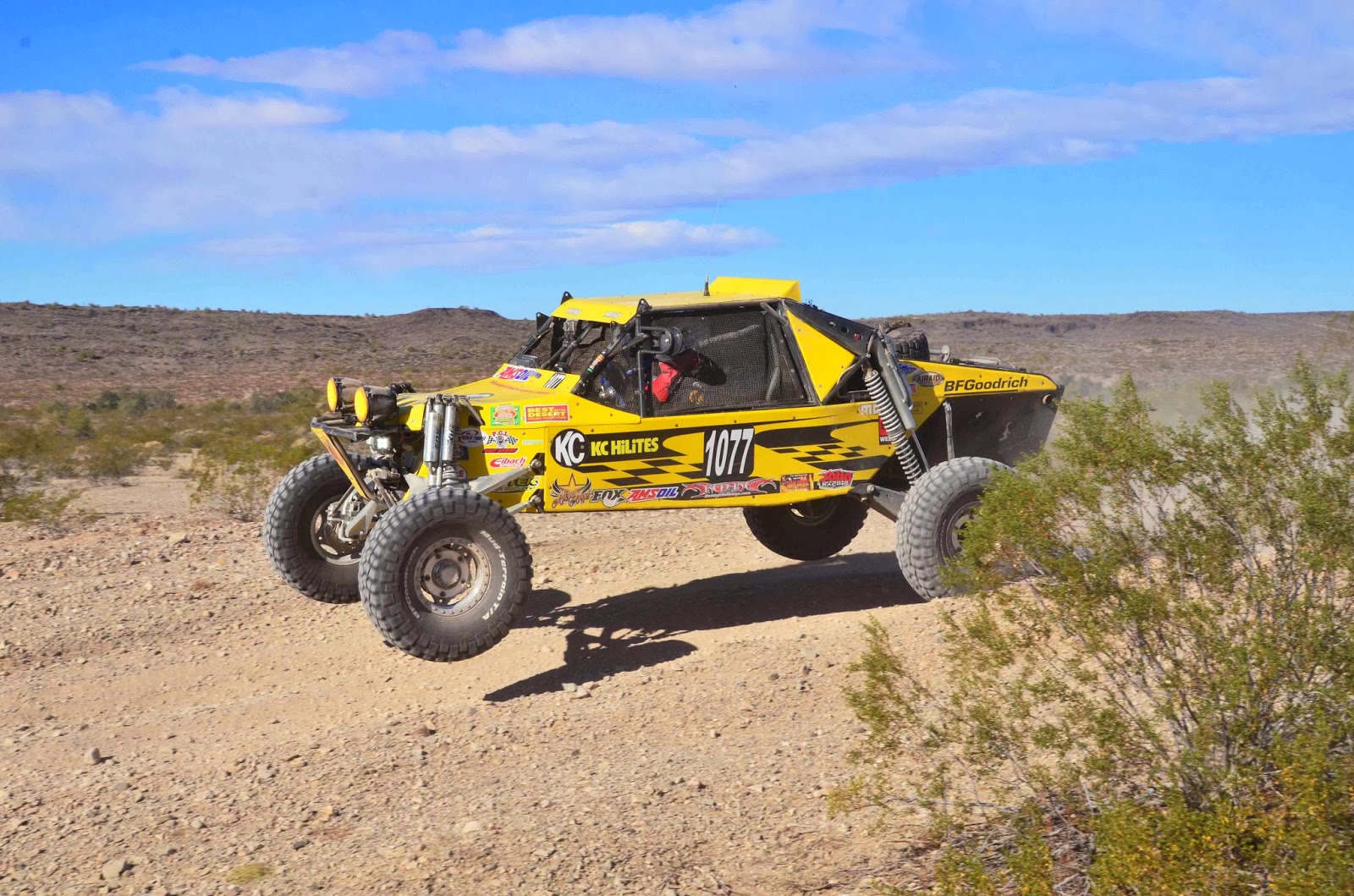 In a follow up to this re-cap, Randy sent us a further update on his plans for 2014. After their unfortunate accident at this years Parker 425 they decided to change gears a bit. Instead of running races with Best in the Desert, they are going to put their efforts into this year's Baja 1000. The 2014 Baja 1000 will be a "peninsula run", which means it will start at one end of Baja and end at the other. After over 20 years of exploring Baja in 4 wheel drives and motorcycles, chasing and helping teams race this beautiful, desolate and wild piece of Mexico, Ellis and team are now going to race it. "I believe our car is dialed in and our team is up to the adventure more than ever before," Ellis said.