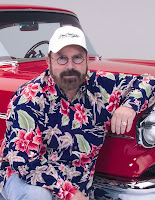 On Wednesday Feb 27 we were saddened by the news that legendary hot rod builder Boyd Coddington had died. The celebrated American Hot Rod star passed away at the Presbyterian Intercommunity Hospital in Los Angeles as a result of complications brought on by a recent surgery. Coddington was 63.

From his earliest days growing up in rural Idaho cars have been his passion, and through cars he expressed his genius. Cars built at Coddington’s garage in La Habra, California have won the prestigious “America’s Most Beautiful Roadster” an unprecedented seven times and the Daimler-Chrysler Design Excellence Award twice. Among other achievements, Coddington has been inducted into the SEMA Hall of Fame, the Grand National Roadster Show Hall of Fame, and the National Rod & Custom Museum Hall of Fame. In 1988 he was voted Hot Rod magazine’s “Man of the Year.” Even after a lifetime of designing, building and driving cars, when Boyd Coddington had time off he still went to swap meets and car shows. He loved being around both cars and the people who love cars.

AMSOIL began its relationship with Boyd at the Tulsarama, Oklahoma’s 100th anniversary celebration in mid-June 2007. Coddington and his crew were called upon to bring a ’57 Belvedere to life after fifty years preserved in an underground vault. The intention was to install AMSOIL lubricants and filters in the classic hardtop. Unfortunately, decades of water seepage resulted in the Belvedere being unsalvageable. Nevertheless it was an enjoyable weekend and the beginning of a friendship between the Coddington family and the AMSOIL family.

The relationship with Coddington soon evolved and his next AMSOIL undertaking was a Bonneville build. The aim was to set a new record for the fastest pre-1934 roadster, 3 liter/blown gas/modified with Jo Coddington at the wheel. The building of the AMSOIL/Coddington roadster, dubbed “Salt Fever,” was aired on TLC’s American Hot Rod in September.
AMSOIL appreciated the relationship that had developed with the Coddingtons, the work Boyd did for us and the confidence he had in our products. Our sympathies go out to Boyd’s wife Jo, and his three sons Boyd Jr., Chris and Greg.
Posted by AMSOIL INC. at 11:10 AM No comments:

This week Mopar Muscle Magazine announced its selections for the 2008 AMSOIL/Mopar Muscle Engine Challenge. The eight builders will have till mid-summer to assemble their creations, which will then be put on display at the Mopar Nationals again in Columbus, Ohio. Testing will take place a month later, with winners to be announced at the PRI Show in Orlando.
The selected engine builders are again from north, south, east and west. We'll wish them the best!

The National Street Rod Association schedule for 2008 has been announced. If you're into vintage cars and have never been to an NSRA event, you owe it to yourself to find one of these NSRA gatherings and re-live those nostalgic days gone by. These are the cars dreams are made of. 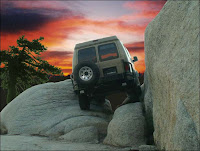 AMSOIL has just learned of a unique application for its Dual Guard 110 remote by-pass filtration system. The Government of Qatar has selected a U.S. conversion van manufacturer to build seventeen elite search and rescue vans. These state-of-the-art customized vans are being built by Sportsmobile West to be first responders to many of the world’s catastrophic events. Their ability to survive in virtually any terrain is critical. AMSOIL by-pass filters will insure that the lubrication system performs with optimal efficiency, no matter what the conditions

Sportsmobile West makes conversion vans that are used for a wide range of applications from cinematography and production vans to toy and gear hauling, from transporting the handicapped to traversing the North American wilderness. The Qatar vans went into production in December 2007 and are slated for completion in May. Officials from the government of Qatar said, “Once completed, we will be deploying these vans for various catastrophic events and will use them as an example for helping the greater good in the International community.”

The seventeen conversion vans will include one command vehicle, two support vehicles, two K-9 vehicles (8 dogs per van) and twelve transport vehicles. Each van will be built around a Ford Econoline (E350) Chassis with the following features:
~ 12 Gear Sportsmobile 4x4 System
~ Dynatrac Pro-Rock 60 front axle
~ Atlas 2 Transfer Case
~ Hella powered top-mounted flood light system
~ 12,000 lb. front mounted Warn winch
~ 46 gallon gas tank (long range fuel capacity)
~ Aluminess Front and Rear Bumper Package
~ 35-inch BF Goodrich all-terrain tires mounted on American Racing wheels
~ AMSOIL dual remote by-pass filtration system more information here About the Command Center Van
During any major event having the proper command center is the most critical component to ensure all communication channels are working together. The Sportsmobile Command Center van will come equipped with a state-of-the-art communications system with global positioning, satellite communications and a host of other unique transmission features. Once the Command Center van has identified the key areas for search and rescue efforts, the next process involves recovery of possible survivors. Each of the 12 Transport vehicles will accommodate 12 passengers. In total, the Transport vans will be able to remove 144 people in one mission.
About the Ea By-Pass System
The Ea By-Pass Oil Filter provides the best possible filtration protection against wear and oil degradation. Working in conjunction with the engine’s full-flow oil filter, the AMSOIL Ea By-Pass Filter operates by filtering oil on a “partial-flow” basis. It draws approximately 10 percent of the oil pump’s capacity at any one time and traps the extremely small, wear-causing contaminants that full-flow filters can’t remove. The AMSOIL Ea By-Pass Filter typically filters all the oil in the system several times an hour, so the engine continuously receives analytically clean oil. Higher EfficiencyAMSOIL EaBP Filters have an efficiency of 98.7 percent at two microns. At normal operating RPMs the EaBP Filter will filter all of the oil in a typical five quart sump in less than 10 minutes.
Visit the AMSOIL website for more information on AMSOIL events and AMSOIL Synthetic Lubricants.
Posted by AMSOIL INC. at 10:16 AM No comments:

Inside the Top Two Engines

If you love a good engine build competition, and especially if you are a Mopar fan, you will want to pick up a copy of the April issue of Mopar Muscle magazine, on your news stand now. On page 30, feature writer Dave Young goes deep inside the makings of the two top engines from the ’07 AMSOIL / MOPAR MUSCLE ENGINE CHALLENGE.

The rules are interesting. These engines must demonstrate that they are capable of the full range of what engines are called upon to do. With multiple qualifying passes and multiple judged pulls on the dyno, the engine must show that it can endure the abuses of highway cruising, and drag strip bruising.

This year’s two top engines were built by Indy Cylinder Head and Schurbon Engine and Machine. It was the closest battle yet in this annual competition, and every picture tells a story in this month’s Mopar Muscle magazine. See how they did it. It’s a pretty cool story with AMSOIL lubricants right in the middle of it.
Posted by AMSOIL INC. at 3:35 PM No comments: