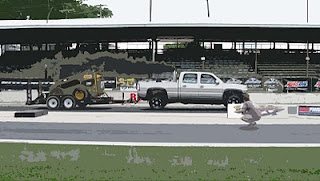 The Diesel Power Challenge is a made for TV/DVD competition that is also used to create dramatic editorial for Diesel Power magazine, the leading publication in the diesel truck sector.

The 2010 Diesel Power Challenge kicks off on Tuesday, May 4th in Bowling Green, KY. The past few months have kept competitors busy as they prepare to do battle. During the final days before the event, competitors are gearing up for their shot at each of the trials that ultimately decide who takes the title as owner of the top diesel truck in the country for 2010. (See here for the list of events aimed at separating the strong from the weak in the competitor pool.) Returning champion Robert Evans is back defending his 2009 win, but has some work to do with 15 other teams that want nothing more than to see the rest eat dirt as they claim that title for 2010.

Check back next week for live updates and commentary from Ed Newman and Molly Brown, who will be in Bowling Green to watch it all go down. Will it be Ford, GM, or Dodge? With each owning a passionate following of enthusiasts, find out next week who ultimately earns bragging rights.
Posted by AMSOIL INC. at 8:01 AM No comments:

Taking on the Elements with AMSOIL 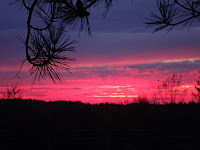 AMSOIL has signed on as one of the Sponsors of TWISTEX (Tactical Weather Instrumented Sampling in Tornadoes EXperiment), a project aimed at collecting storm data in field experiments. In a series of tests designed to better understand tornadoes and increase warning lead time, TWISTEX utilizes weather instruments and cameras to measure cause and effects of tornado activity.

Leading the way is Principal Investigator Tim Samaras, who is a speaker/lecturer for National Geographic in his field. In this mission he is joined by a team of scientists and students as they travel throughout the Midwest tracking the areas where tornado activity is most likely to occur. No small operation by any means, Samaras and team will have their expedition covered by the hit Discovery Channel TV show ‘Storm Chasers’. Their vehicle is also a feature display at the SEMA show, generating even more buzz for this exciting venture.

As this project gets underway over 30,000 miles will be covered in the span of 3 months. Rather than stop in the middle of a chase for vehicle maintenance, they liked the idea that AMSOIL can provide 25,000 miles of protection in one single oil change. In this field, plans switch with the wind direction and can be changed at a moment’s notice. Mechanical failures in the vehicles that get them to their destinations are not an option, which is how AMSOIL came to be the only lubricant they rely on. In the world of a storm chaser, every second counts and AMSOIL ensures not one second is lost on account of engine performance or excessive maintenance.

Tomorrow the TWISTEX team is heading to Kansas for a major encounter with Mother Nature. We'll keep you posted.
Posted by AMSOIL INC. at 1:15 PM No comments: 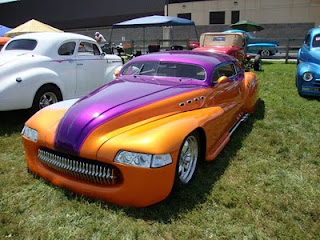 If you're in the Knoxville, TN area, mark your calendars now to attend the 33rd annual Street Rod Nationals South Plus event. 2010 has been designated as the year for change, so the NSRA is setting its sights at "bigger and better" for every event this year. After feedback from fans and enthusiasts, not only will traditional street rods be put on display but also customs and collector cars. This is the first year this will be allowed at any NSRA Nationals events, and it’s expected to turn out an even larger number of enthusiasts.
What does ‘Plus’ in a NSRA Nationals event mean? It means more; more vehicles, more people, more fun, and more excitement. At each event spectators are free to inspect and admire the rides up close and personal, with no roped off areas. The estimated 1,700-2,500 rods, customs, and classics, will be worth a combined value of over 84 million dollars. Don’t miss your chance to see the beautifully restored classics of American automotive history; be sure to make it to the NSRA Street Rod Nationals South Plus.
Where:
Chilhowee Park & Expo Center
Knoxville, TN

It's Sunny In California 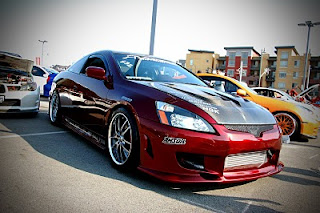 It’s not every day you see a twin turbo on a 7th generation V6 Honda Accord. In fact, it’s extremely rare in the tuner scene, but Suneil “Sunny” Suravarapu set out to create a unique ride unlike any other and he's succeeded. AMSOIL has featured his 2004 Honda Accord Coupe V6 6 speed in several ads, and the car has been featured in Performance Auto & Sound Magazine--a true testament to the fact that Sunny is no amateur when it comes to his rides. Knowing what it takes to turn heads is the key to success in this market segment, and Sunny has discovered his niche.

Sunny’s passion for the tuner industry began in 1999 when he set out to modify 2 different generations of Honda Preludes. Starting out modestly, he began by modifying the wheels, intake, exhaust and body kit. When he sold those he decided his next project would be the Honda Accord, which would be a daily driver with the same type of mods. After netting his first sponsorship, he continued to work towards achieving his vision with performance, handling, interior and exterior modifications.

In 2006 he was invited to the SEMA Show to be the booth display vehicle for Depo Headlights, and soon after was given a full sponsorship on two GT-25 turbos from Garrett. That was the moment that turned an already impressive Honda Accord into a legend. Being the first known owner of a twin-turbo’d Accord, Sunny continued to tweak and modify every aspect of the car until it became the star it is today. There's nothing on this car that isn’t custom, and in typical enthusiast fashion Sunny has no plans to stop changing and tweaking the details. He uses AMSOIL Signature Series 0W-30 and Octane Boost to keep the engine capable of handling all the power the turbos provide, and AMSOIL P.i. to maintain a clean and efficient fuel system.

Named ‘KWKEMRT’, a reference to the Simpsons and homage to his Indian roots, this Accord is indeed unlike any other. In the tuner world, standing out is paramount and this ride lacks nothing in that regard. You can catch Sunny and his Accord at most major car shows in Southern California, including Hot Import Nights and Spo-Com, turning heads and getting people talking.
Posted by AMSOIL INC. at 10:39 AM No comments: 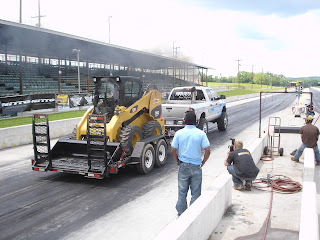 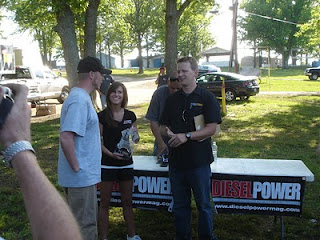 AMSOIL Director of Advertising Ed Newman and Technical Product Manager Molly Brown will be on hand in Bowling Green, Kentucky to witness the action. Check back here soon for information on the teams, drivers, and live updates when the challenge starts in the coming weeks.
Lower right: Diesel Power editor David Kennedy and Molly Brown of AMSOIL present the DPC Trophy and prizes to Iraqi War veteran Robert Evans, winner of the 2009 Diesel Power Challenge.
Posted by AMSOIL INC. at 10:15 AM No comments: 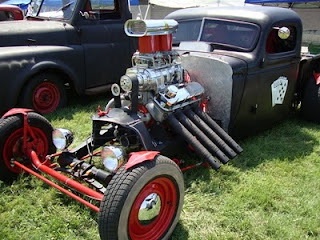 The weeks are flying past now as the event season begins to kick into gear. Mark your calendars now for the National Street Rod Association’s 34th Annual Western Street Rod Nationals next week in Bakersfield, CA. The event kicks off April 23 at Kern County Fairgrounds where over 2,000 specialty vehicles 30 years and older will be on display. With everything from street rods and customs to pick-ups and restored muscle cars, this event is a can’t-miss if you happen to be in the Bakersfield area. 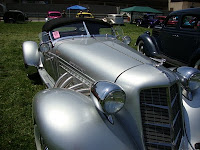 As with all NSRA Nationals events, the weekend promises something for everybody. In addition to the spectacular vehicles, Woman’s World and swap meet, various automotive parts & accessories vendors will be on display in the exhibit buildings on site. Over $74,000.00 worth of merchandise is set to be given away as well as three $3,000 cash giveaways to registered participants of the event. Do you feel lucky? With games and activities for young and old alike, don’t miss this great opportunity for a weekend of fun for the entire family.

AMSOIL has launched three new products that live up to the AMSOIL quality standard. From preparing your engine or transmission to install AMSOIL synthetic lubricants to maintaining the performance you demand, the following new AMSOIL products have you covered.

For those switching over to AMSOIL synthetic motor oils or transmission fluids for the first time who are desiring to maintain maximum engine and transmission cleanliness, AMSOIL Engine and Transmission Flush is the product of choice. Before switching out fluids, one treatment helps restore fuel economy, increases operating efficiency and reduces emissions in automatic transmissions and gasoline or diesel engines. Safe enough to use in every oil change and easily disposable with waste oil, AMSOIL Engine and Transmission Flush is the first step any new AMSOIL user should consider. 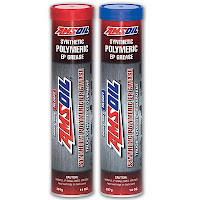 And finally, with summer just around the corner are bringing out out the toys and tools that have spent the winter in storage. AMSOIL Quickshot SE is a premium fuel additive that thoroughly cleans and restores peak performance in small engines and

powersports equipment. Degraded fuel has always been a issue for engine components while in storage, and the ethanol in tomorrow’s fuels will make the situation more problematic than ever.
AMSOIL Quickshot SE counters these harmful effects by carrying away deposits and buildups in fuel systems to bring performance back to par. Safe for use in all two and four stroke gasoline-powered engines, AMSOIL Quickshot SE is just what these engines need as they're resurrected for springtime use.
Posted by AMSOIL INC. at 3:48 PM No comments: