Three Down, Three to Go 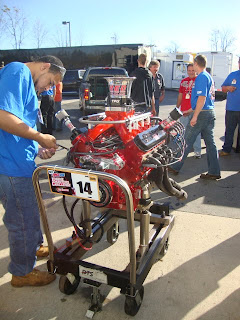 As we approach mid-day at at the University of Northwestern Ohio, the drama is building. Three teams have completed their dyno runs. The first on the block was TPIS… a Chevy engine that ran Wednesday, Myron Cottrell's #17.

Second up this morning was RED, Race Engine Designs, Bret Bowers and his Chevy build, #14. Last year's champ Jon Kaase Racing was third to the dyno cell, also a Chevy.

We can't talk about results thus far, but the excitement is building as we listen to the Scott Main's #11 gurgle to life. MPG Heads has a Ford engine on the block which there were able to get started with 15 seconds to spare. No one can predict what will happen, and certainly unpredictable is the norm at the AMSOIL Engine Masters Challenge.

After each run, engines are rolled back to staging for teardown and inspection. The drama is building as we approach the last hours of a grueling week. Some big guns already went home empty handed, but most of the teams are sticking around to see how everything shakes out. There really is a whole lot of shaking goin' on. 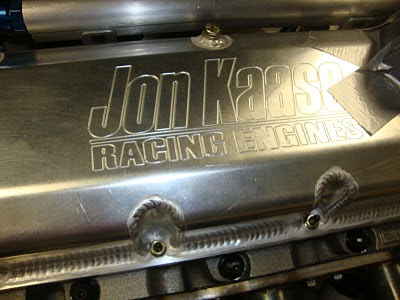