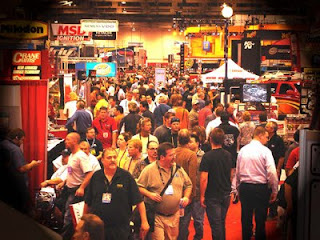 One of the highlights of the SEMA Show is the New Product Showcase (NPS) featuring the latest innovations in performance, function and style. Because of the ever growing number of new products, the Showcase has outgrown its space and will be moved to a new location in the South Hall where the displays will be less cramped.

For companies that participate, there is an array of awards up for grabs in a variety of award categories. Last year, AMSOIL took home one of ten 2008 SEMA Global Media Awards for the Injen/AMSOIL Intake System. With six new products eligible for submission in this year’s NPS awards, AMSOIL is poised to once again bring some heavy competition to the table. Here is a first look at three new products headed to the showcase.