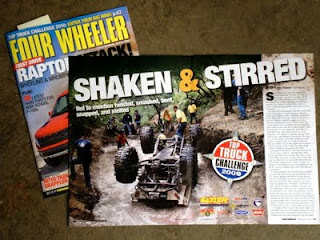 Back in June AMSOIL sponsored the 2009 Top Truck Challenge in Hollister, CA. To recap, the readers of Four Wheeler Magazine select ten rigs to compete against another in a series of extreme challenges over the course of three days. This year's bragging rights went to Team Green driver David Green and co-driver Nick Souchuk out of Red Deer, Alberta. They just managed to beat out Team Jerome in the final event, coined the Tank Trap, in which they had no other option but to perform well to keep their lead. To give you an idea of the magnitude of this challenge, below the competitors give some choice quotes on what was a grueling, near-impossible, excitement-filled ordeal not soon to be forgotten.

The Tow Test:
‘We crossed the line didn’t we? I mean the starting line.” ~Fred Williams
The Frame Twister:
“ Never seen anything like it other than on the tape… to see it and to live it are two different things.” ~Scott Sidwell 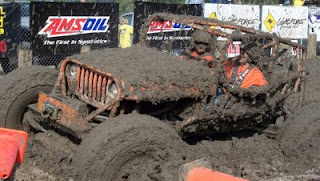 The Mud Pit:
“You’d need 1,100 horsepower and paddles to make it through this.” ~Kevin Stearns
The Obstacle Course:
“That had to be one of the toughest things I’ve ever done in this thing.” ~Scott Sidwell
“ I wanna go home.” ~Fred Williams
The Hillclimb:
“That was a nasty, nasty hill.” ~David Green
The Mini Rubicon:
“When we walked through it I was thinking, holy cow, whoever built this was in a bad mood.” ~Tracy Graf
The Tank Trap:
“The obstacles come at you so fast, boom, boom, boom, as soon as you’re done with one there’s another one there right in your way.” ~Doug Kahlstrom

For a full recap complete with pics, more quotes, and all the nitty-gritty details pick up a copy of December’s Four Wheeler Magazine. Ken Brubaker does an excellent job of portraying the entire three day adventure, and the photos show how it can take down the toughest of trucks in a matter of seconds. Here you can see for yourself why AMSOIL offers the only lubricants suitable for such a twisted event. 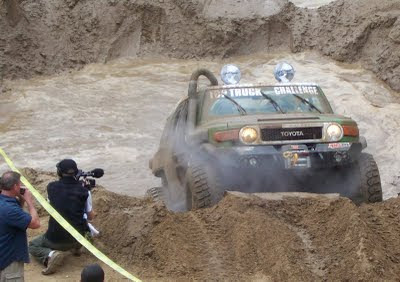 CLICK ON IMAGES TO ENLARGE
Posted by AMSOIL INC. at 3:30 PM