On the Threshold of Another Diesel Power Smackdown

The weather is perfect, the grass is green, the ten competing teams are all checked in and things are on the ready here at the Diesel Power Challenge in Denver.

At five p.m. Monday the Diesel Power Challenge staff and all the assembled sponsors and teams met here at the Marriott Hotel in Golden for an initial debriefing with regards to the week ahead. Diesel Power editor Sean Holman spelled out the rules and expectations for the week. Having broken his arm recently he was well aware of how strange the contraption appeared to others that held his limb rigid. He said it was a steampunk weapon attached to his arm and that it shot laser beams when he held it up. We almost believed him. 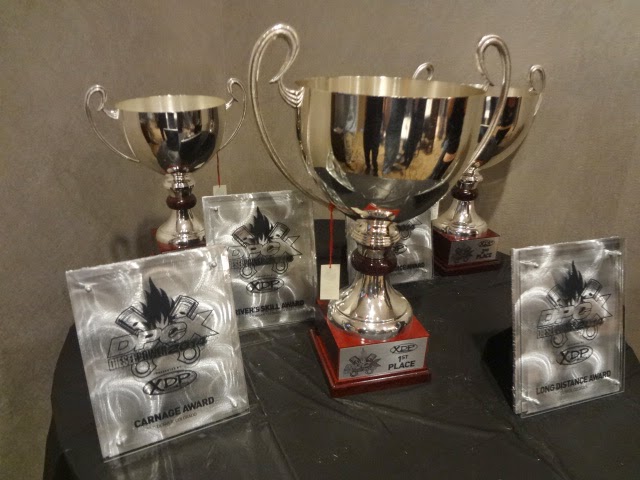 This year's trophies were displayed on a table at the front, as if the teams needed any more motivation than simply being named champion. Nevertheless, AMSOIL is also sweetening the victory by awarding the winner with a $500 shopping spree and $1500 toward a performance upgrade for next year's competition. (Yes, the winner gets the opportunity to return and defend his title.)

The teams all seem prepared to do battle the Diesel Power way.

This is the Tenth hosting of the Diesel Power Challenge. Here is the list of this year’s competition.