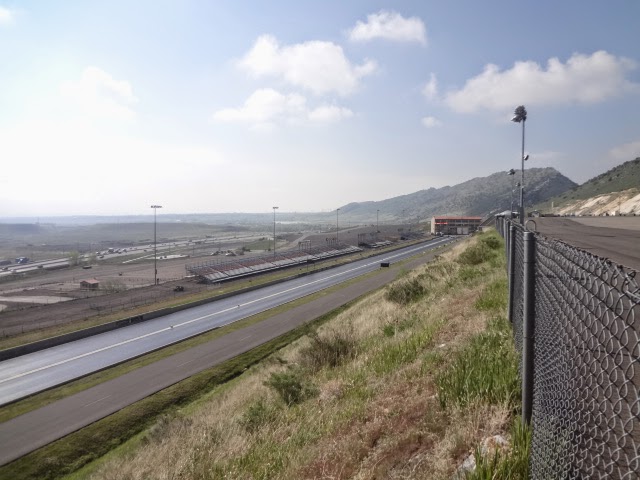 The events for Day Two of the Diesel Power Challenge take place at Bandimere Speedway, the historic quarter-mile drag strip tucked against the mountains just outside Morrison, Colorado. The speedway opened in 1958 with many of the great drag racers of all time showing their stuff here.

Because we were asked not to publish scores till released by the magazine, this will be written only to give a sense of the day. Follow #DPC14 to learn outcomes.

Trailer Tow
First event for the day is the Trailer Tow. This is a test of driver skill, but it is also timed. Fastest score wins. The drivers must tow a 10,000-pound trailer through a course of cones and park back where they started within a specified area. Minus ten points for moving a cone. Double penalty for hitting the AMSOIL boxes.

At the drivers meeting Sean Holman explained the rules for this event, after which they all walked the course as a group to see it up close. Finally, they were shown what a good run would go like. The running order was announced and the first driver

Here's how they fared: #3 Lavon Miller of Plain City, Ohio had no power steering but managed to do a very clean run.
#10 Danick St. Pierre took a tentative rather than aggressive approach and had a clean run.
#7 Ryan Anderson of Michigan did a very fast, clean run.
#9 Troy Sankey also had a fast clean run, and best run of the morning at a minute and a second.
#1 Wesley Beech won this event last year, and had the first run with problems. He knocked down one cone and re-set it up with the trailer, but by the end knocked down a second.
#5 Matt Kauffman had a good clean run. .
#4 Shilo Ellingford seemed to be strong, but unfortunately knocked down three cones as he backed into the box at the end.
#8 Dan Howard had the biggest struggle on the Trailer Tow, especially while backing through the straight chute, and by the end had some other troubles.
#2 Dan Manary and #6  Cory Chomos have dropped out due to vehicle issues and did not run today. 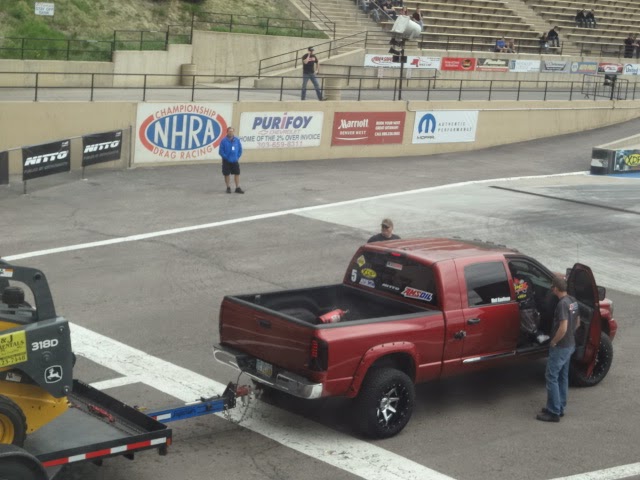 Instead of showing towing finesse, the competitors had to show their power on the track. Each would get only one run. Here was how they fared...
Oh, wait. We can't tell you that yet. 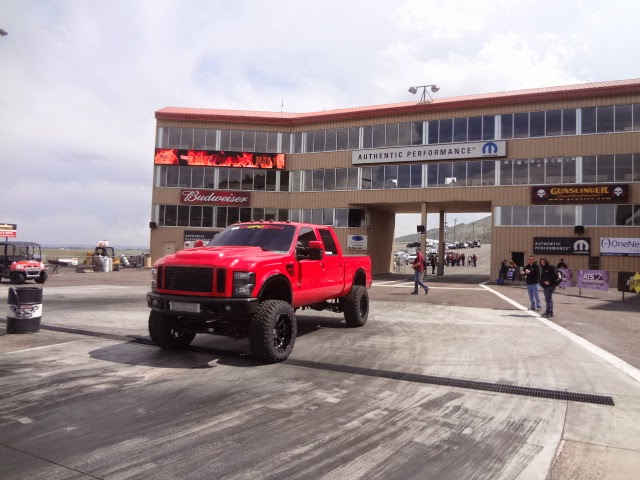 ROUND ONE: Time Trials
The quarter mile drag goes like this. The trucks make as many passes as they can in a half an hour. Based on how they placed in their solo time trials they would then be bracketed for side by side showdowns till there is only one truck standing.

ROUND TWO: Side by Side 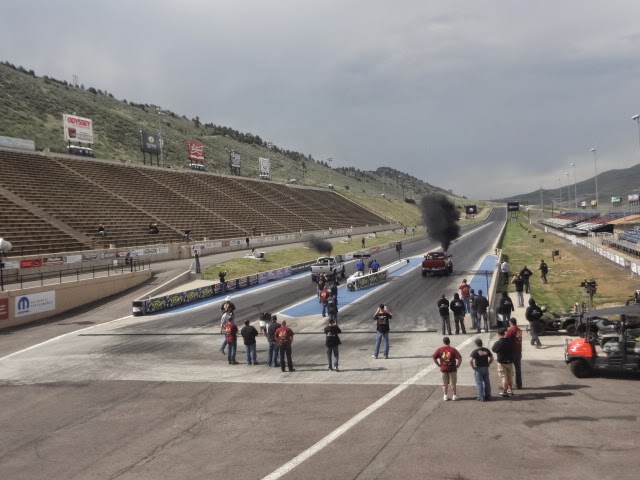 After the first round was completed, this is how they were bracketed:
Ryan Anderson vs. Lavon Miller:
Wes Beech and Matt Kauffman:
Troy Sankey and Danick St. Pierre:
Shilo Ellingsford and Dan Howard.

ROUND THREE: Final Four
You will find out when soon I hope. Lots of drama, thrills and heartache.