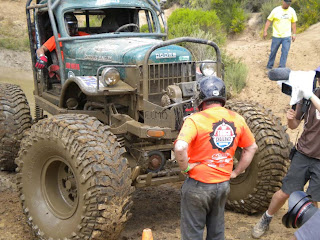 As mentioned earlier this week, the 2010 Top Truck Challenge in Hollister Hills, CA is underway and is showing no mercy to this year’s competitors. We just got a report from Len Groom, the AMSOIL Technical Product Manager who is witnessing the action live, and the week has been full of both triumphs and tribulations for all of the competitors.

Wednesday’s challenge was the Obstacle Course, which ended up swiftly claiming three vehicles. Obstacle designer Dan Black said he had “no idea one little shelf would claim so many vehicles”. Ryan Knoche in his Samurai Buggy was the first one to be taken down after coming down hard on the shelf and breaking the front driveshaft. Still, he was able to finish the course with only his two-wheel drive to carry him through. Up next was Darren Sinkey in his red Bronco, where the dreaded shelf also caught him up and broke a tie rod end. He ended up with just one wheel to steer while the other one dragged along uselessly. He gave it a valiant effort, but ended up having to be extracted with a bulldozer. 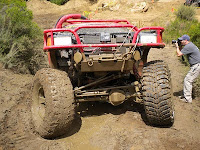 The last victim turned out to be innovative enough to turn the tables on the obstacle course. Roger King in his truck named Elmo (top right) ended up breaking the steering knuckle on a 2.5 ton Rockwell axle--not an easy feat. It wasn’t enough to take him out since he still had rear steering, and in a Top Truck Challenge first Roger flipped his truck around and finished the obstacle course backwards. 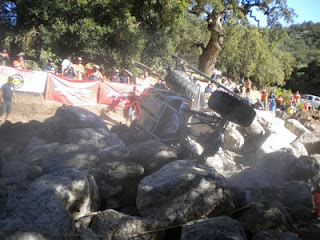 The Hill Climb event was described as ‘totally insane’ this year, with two rollovers in the first 100 feet. While the Hill Climb doesn’t sound like much of a challenge, at these angles it is near-impossible to clear. Add some good surprises such as curves, loose dirt and deep holes and it becomes a Top Truck Challenge Hill Climb. The Mini-Rubicon was next, a course of treacherous pile of boulders that the competitors must make it through. Judge Toby Lavender described the Mini-Rubicon event as impassable this year, but was soon proved wrong by Leo Keuther in his ‘Fat Girl’ buggy. Given 20 minutes to navigate through the course, Keuther set a course record and completed it in just 57 seconds. Those are amazing results in a challenge of this magnitude.
Today is the final day of the Top Truck Challenge, and the last event is the dreaded Tank Trap. A ¼ mile valley that climbs 195 feet in elevation from start to finish, nature assists in making this course as perilous as it is. A natural canyon and slippery rock waterfalls all bordered by sheer rock walls create an already immensely challenging course. However, the TTC makes it even more difficult by adding some massively deep holes and filling them with water, just to make it a little more interesting. The intense nature of this final challenge results in double points for those that complete it.

This event is something you have to see to believe. The 2010 Top Truck Challenge is being filmed for an upcoming DVD release, so you won’t miss a moment of the action. Coverage will also be in future issues of Four Wheeler Magazine, at www.fourwheeler.com and here in the AMSOIL Promotions blog.
Click images to enlarge.
For more coverage of this year's Top Truck Challenge, visit Four Wheeler Magazine dot com. 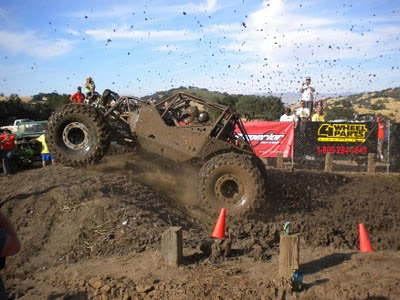