Shades of the Past: AMSOIL Street Rodder Road Tour Update 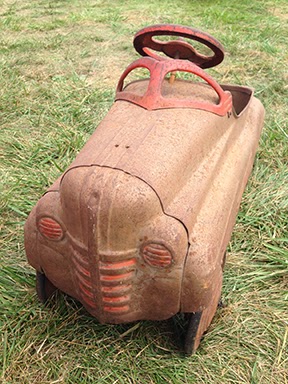 The AMSOIL Street Rodder Road Tour is now in the midst of its sixth tour leg of the season, coming close to wrapping up another successful run. The Shades of the Past Tour is currently en route from Indiana to Tennessee in a whirlwind tour that affords members VIP treatment, access to some of the nation’s historic automotive museums, car shows and even some auction action along the way. 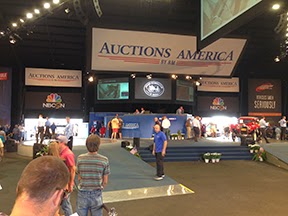 The tour kicked off Labor Day weekend in Fort Wayne, Ind. Tour Director Jerry Dixey is at the helm in the ’59 Impala Road Tour car, followed by 25 registered street rods and their owners ready to hit the pavement. The group headed to Auburn, Ind. for a stop at the National Automotive and Truck Museum and the Auburn-Cord-Duesenberg Museum. Auburn was also hosting the homecoming of Auburn-Cord-Duesenberg vehicles and owners, which coincided perfectly with the arrival of the AMSOIL Street Rodder Road Tour. Dixey and crew enjoyed warm welcomes and nostalgic throwbacks from their time in Auburn. Before they left town, the Tour stopped at the Auctions America grounds, a sprawling space designed especially for the homecoming event. A car show and auction awaited them, and a couple members even placed bids and added to their collections. Jerry Dixey himself ended up with a 1948 Pontiac Steelcraft pedal car. 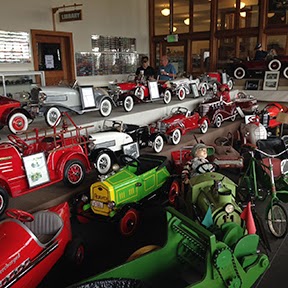 From there it was on the Indianapolis for the 60th annual NHRA US Nationals event. The AMSOIL Street Rodder Road Tour vehicles were placed just past the walk-in gates, turning heads and drawing the attention of all who entered. Road Tour participants were granted pit access at the racetrack and were able to spend time with the teams and crew members that make the whole event possible. After spending time at the track and rubbing elbows with key players in the circuit, the Road Tour headed off towards the Shades of the Past Hot Rod Reunion in Pigeon Forge, Tenn. 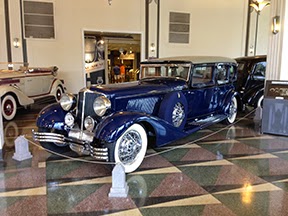 Only two more road trips remain on the 2014 AMSOIL Street Rodder Road Tour. There’s still a lot to see and time to join either one, or even just come out and witness the cavalcade yourself at any of the stops. Find full information on the Road Tour and remaining stops here. 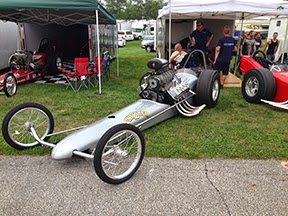 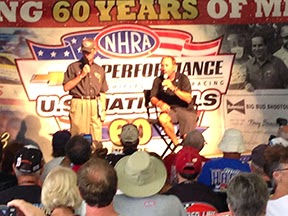 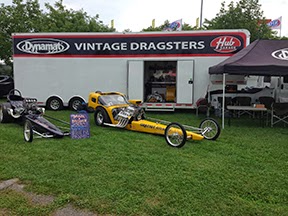