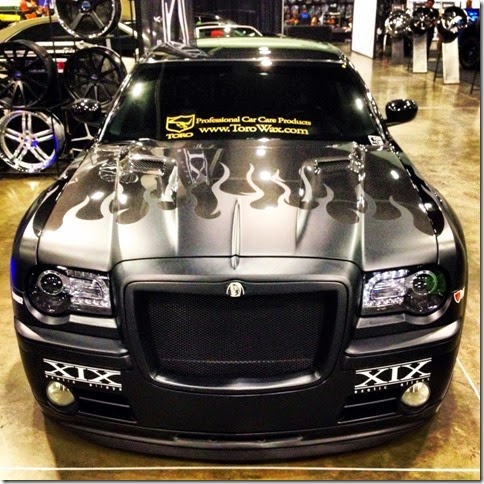 David Gutierrez’s 2007 Chrysler 300, dubbed DARK300, is unlike any other on the scene. Appearances at big-name car shows have earned awards at every 2014 show he’s attended, including the Los Angeles DUB Show where competition is always fierce. This is due in large part to the uniqueness of the long wheel base body, which added 6 inches and over 10 cubic feet of interior room. The modifications list is extensive, evidence to the fact that Gutierrez left no stone unturned when seeking the very best for his vision. His efforts paid off; he’s landed photo shoots for advertisements, a feature spot on Chrysler’s Facebook page and gained over 3,000 likes on Instagram in less than two hours. To top it all off, DARK300 will be seen in an upcoming feature film later this year.

Gutierrez is now preparing DARK300 for the SEMA Show as a feature vehicle for XIX Wheels, and approached AMSOIL to ensure his engine performs as well as the rest of his ride looks. We caught up with Gutierrez to get an idea of where it all began, and what it’s like to own a ride that’s about to make its Hollywood debut.

Is this your first project/show vehicle? 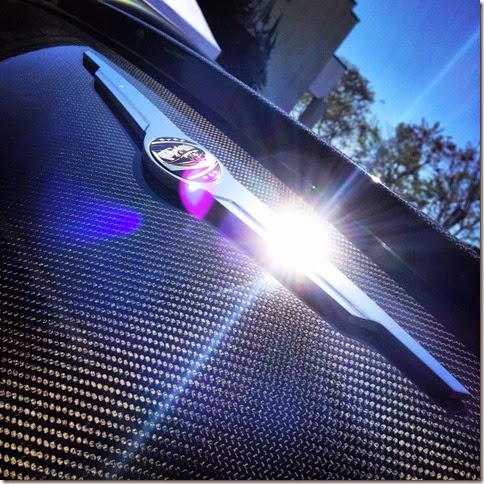 This is. I’ve owned plenty of cars before this one and have always done little upgrades or modifications to make it ‘mine’, but I had my children early in life and always had other financial responsibilities to take care of first. Now that my kids are older I have more time and money to really build a car to my liking.

What drew you to the Chrysler 300 model?

When Chrysler first presented the 300 to the public I was immediately drawn to the look of the car. It seems to me to have the perfect balance of luxury and with a look of meanness to it. It is a very comfortable car to drive, whether it’s just down the street or road trip to Las Vegas! 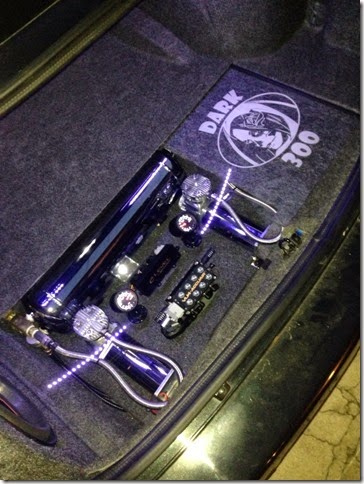 Yours is a rare long wheel base 300. How did your partnership with Chrysler & Accubuilt come to be?

Not very many people know that this was actually an option that Chrysler offered for the 2007 and 2008 300’s. Chrysler wanted to get their foot in the door in the livery service market. To do this they needed to compete with Lincoln Town Cars and the BMW 7 series. The long wheel base gives a total of 46.2 inches of rear seat leg room, 10.2 cubic feet of additional interior space, wider rear door openings for easy entrance & exit and many other added optional features that the regular 300 doesn’t offer.

What is it about this vehicle that makes it ‘you’?

There are so many things that I've done to the car to add my own personal touch. One of the biggest I would say is my ‘Day of the Dead’ girl logo. It has been custom etched into the front emblem, the trunk wing, the door sills and many other locations on the car. It follows the ‘dark' theme that the car has, not necessarily evil but certainly leaning toward the ominous.

Is this your first time attending the SEMA show? 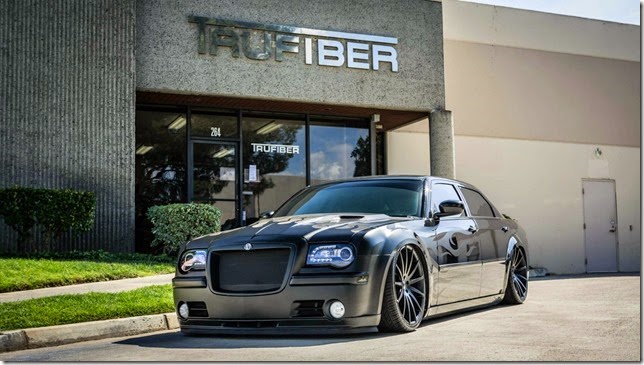 It is and I am very excited to be able to attend! It is a great feeling to know that others feel that something you have done is worth showing at such an important show such as SEMA.

2014 has been a good year for taking home car show awards and trophies. How many are you up to, and which one means the most to you?

At a quick glance I have been awarded over 20 trophies, plaques or certificates. One of the ones that stand out to me was from this year’s Extreme Autofest in Anaheim. The competition was very steep that day, there were many very nice looking cars and for them to award me a trophy that day was an amazing experience.

Can you tell us about the DARK300’s film debut?

My DARK300 will be in the Magnet Films release of the ABC’s of Death 2 on October 31st. It is a small part, but again for the director to personally ask for my car to be in the film is such a great feeling. 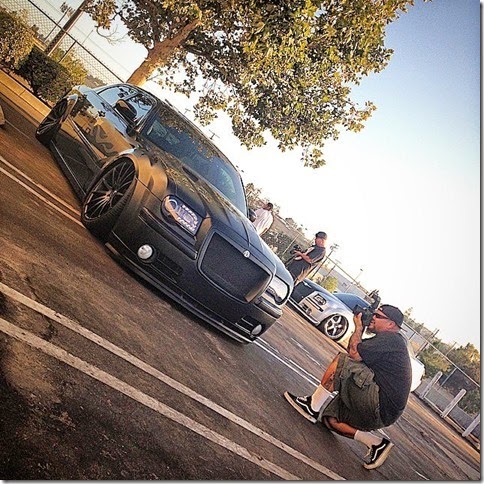 If you could select any car in the world to customize and modify to your specs, what would it be and why?

Hmmm, there are so many choices!! I think a 1931 Ford Model A would be something that I would like to work on. I would make it a Rat Rod but with my own personal touches.

Why did you choose AMSOIL? Any favorite AMSOIL product?

My whole family has been using AMSOIL products in all of our cars for as long as I can remember. I’ve never heard any complaints from them about any AMSOIL products. AMSOIL’s 100% synthetic oil has always worked great!

I’d rather be looked at as the guy who’d try anything, rather than the guy who did nothing.