AMSOIL is preparing to make a big impact at this year’s SEMA show by way of several partnerships with some of the world’s most talented project vehicle builders. These builders have demonstrated a keen eye for detail and carry high standards for the parts and products used on their vehicles. They have earned their stripes in the specialty automotive industry, and SEMA is the ultimate destination to showcase their talent.

Dave Doetsch of Doetsch Off-Road has partnered with AMSOIL since 2011 on his award-winning Jeep projects that take their place at SEMA each year. His builds are not only show-worthy, but capable of hitting even the most perilous off-road trails or staving off enemies in the event of a zombie apocalypse (more on that below.) This fall he’ll be heading to SEMA with two new 2014 Jeep Wrangler Rubicon projects that are sure to capture the spotlight. We sat down with Doetsch recently to get a little background on what it’s like to be at the forefront of the off-road Jeep enthusiast community.

AMSOIL: We know you are talented in modifying and customizing impressive 4x4 Jeeps. How did you get started, and how long have you been perfecting your craft? 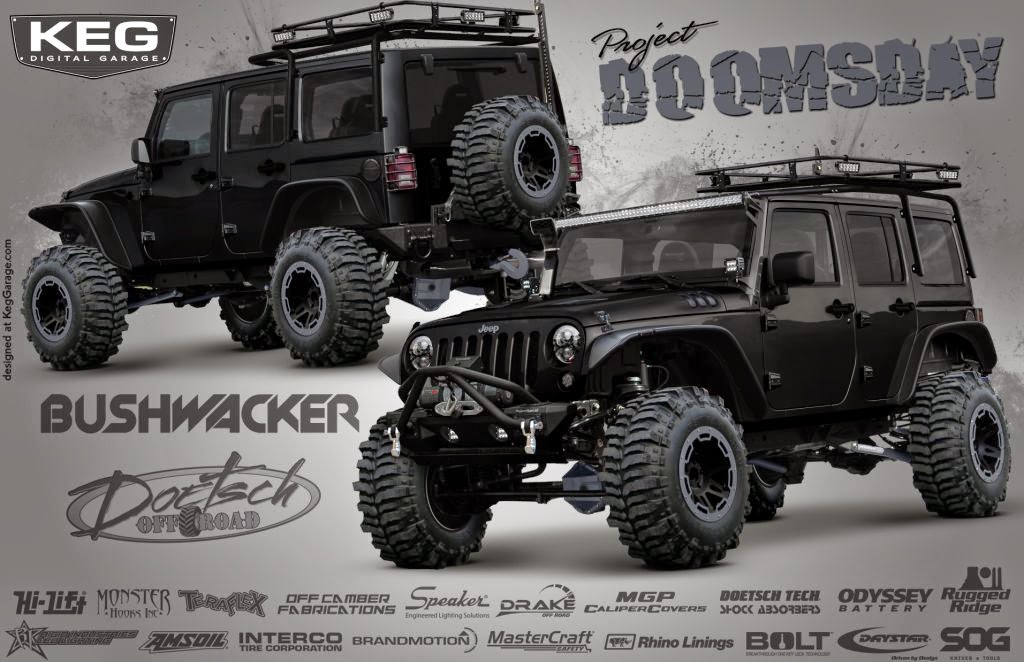 Dave Doetsch: Jeeps have been in my life since early childhood. I bought my first Jeep, a 1979 CJ5, while in high school in the early 1990s. Since it broke down quite often (mainly from trail abuse) it afforded me the opportunity to understand the mechanics behind how a vehicle works. I was hooked and from there I have personally owned over 15 Jeep CJ/TJ/JK Wranglers over the years. When the current Jeep JK hit the market back in 2007, I knew Jeep hit a home run with the 4-door body style. It combined the function of a traditional Jeep, with the capacity to carry passengers and all of your gear comfortably. This allowed me to take adventures further and longer time-wise, since I could bring more supplies. After forming Doetsch Off-Road in 2009, we have gone on to work with the top brands in the automotive aftermarket, ensuring future generations were exposed to and could experience the same “Jeep Fever” that got me hooked as a child.

AMSOIL: Are you active in the 4x4 off-road groups?

DD: Being based in the Southwest means we have abundant access to some of the best rock crawling spots in the U.S. There are a ton of great enthusiast clubs located here, which also means we usually perform trail runs with multiple clubs present. There are several groups, such as Hero Off-Road and Copperstate 4-Wheelers, which support the off-road lifestyle and give back to our communities.

AMSOIL: You’ve partnered with AMSOIL on your SEMA projects since 2011. How many years have you been attending SEMA?

DD: 2009 was the first show that Doetsch Off-Road exhibited at (we debuted a Jeep called ‘Red Devil’ on behalf of TeraFlex Suspensions), though we have been attending the SEMA show since 2001.

AMSOIL: What is it about SEMA that makes it such a destination for project builders like you?

DD: Besides the exposure it brings for my own brand, I am able learn from the best in the business. Being able to meet with so many creative and successful manufacturers and industry attendees in one spot, can only happen at SEMA. I’m able to preview industry trends before they are actually trends, and hopefully be a part in actually making it a trend. 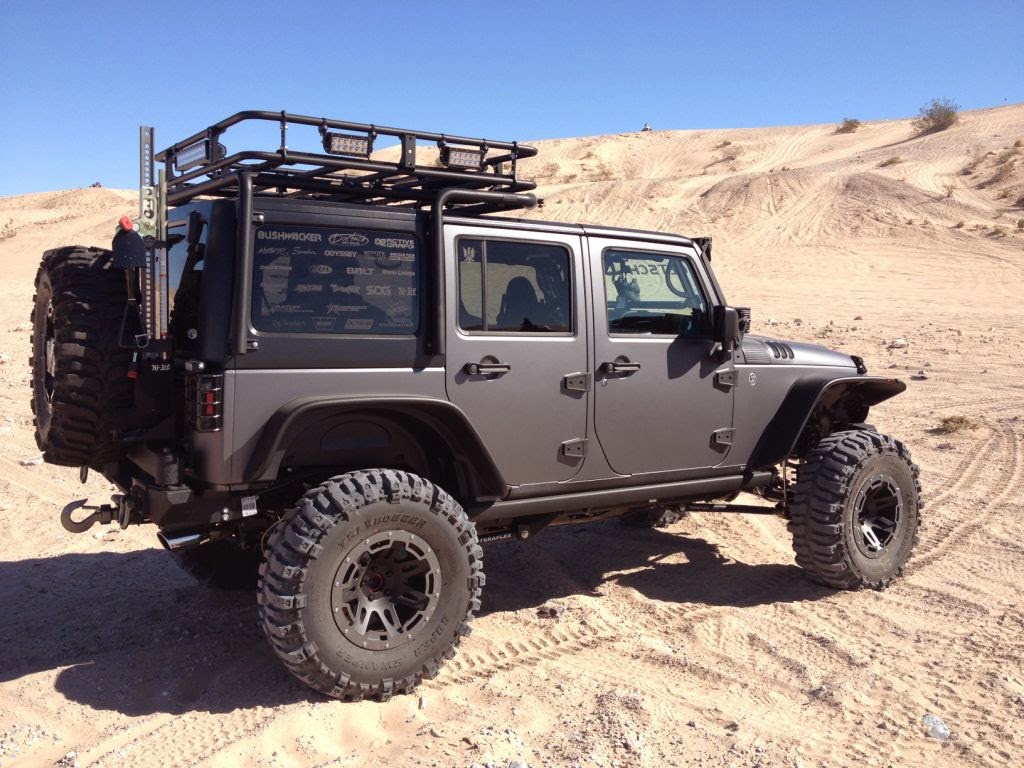 AMSOIL: You receive lots of media coverage. Any stand-out photo shoots or experiences in this realm?

DD: We usually attend the annual Hump N’ Bump off-road event in Logandale, Nevada immediately following the end of SEMA week. The landscape is a perfect backdrop for photo shoots for personal and professional use. The only slight issue, though, is that it’s an active 4-wheel drive event! There have been quite a few times over the years where we have had rollovers or “trail jams” because the event’s participants were trying to get a closer look at the SEMA Jeeps during our photo shoots. We now wait for the last group to clear before we begin, just to make sure everyone stays safe!

AMSOIL: What has been your favorite project build, and why?

DD: I would say my favorite build so far is one of the Jeeps I built for last year’s SEMA Show (2013). I produced a build called ‘Doomsday’, which was built for Bushwacker. The theme was a portrayal of the ultimate post-apocalyptic zombie assault vehicle. It was great doing this build since it wasn’t meant to be serious, though everything on it was functional including the 10+ SOG machetes, knives and axes that were incorporated all over it, just in case you had to defend against a zombie attack. Never hurts to be prepared.

AMSOIL: Why did you choose AMSOIL for the engine?

DD: In my opinion, AMSOIL has a great history in supporting the off-road aftermarket, and carries a product for literally every fluid that flows in my Jeeps – from brakes to transmission to engine oils. There’s no reason to use any other brands when you know that AMSOIL synthetics are the original.

AMSOIL: Do you have a favorite quote or motto that describes you?

* * * * *
Discover more about AMSOIL and its history of innovation. Visit our About Us page.