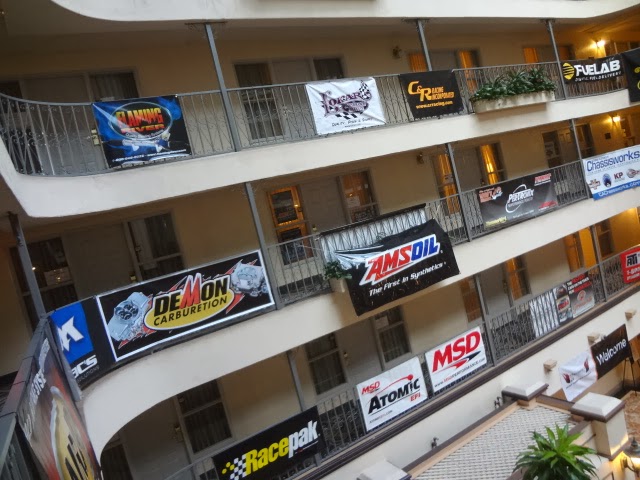 The value of things varies from person to person. Hence the saying, "One man's junk is another man's treasure."

The Motorsports Parts Manufacturers Council (MPMC) is just such an event. Representatives from manufacturing firms across the continent gather in a California hotel and tell their stories for three days to members of the media covering the motorsports industry. On the surface this sounds as boring as whittling matchsticks, but for the media and businesses, it is one of the most exciting events of the year. Why? Because the meetings are a catalyst for making things happen.

Today is the third day in which editorial staff from all over the world are meeting with racing and high performance parts manufacturers in a series of face-to-face, 30 minute meetings. When all is said and done, most journalist and manufacturers will have conducted 42 such meetings.

The reason MPMC works is because journalists need stories to write about. Manufacturers needs media to get their stories told to the wider audiences they want to reach. In an age where content is king it is a win-win for everyone.

When all is said and done, some of you will likely read some of the AMSOIL stories we told in magazines and on websites that you read.

One of those stories is not really new because it's essentially who we are. Another is our EBR Building Legends Sweepstakes.

We love telling our story. Follow us on Facebook so we can tell you more.
Posted by AMSOIL INC. at 7:41 AM