“Once you have tasted flight, you will forever walk the earth with your eyes turned skyward, for there you have been, and there you will always long to return.”~Leonardo Da Vinci 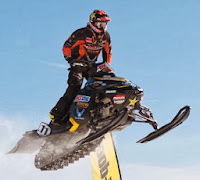 For centuries man dreamed of flying. DaVinci wasn't the first, but is probably the most memorable of these early schemer dreamers. In the late 1700's hot air balloons conveyed people skyward in opposition to the gravitational pull of the earth. And what a site it was, for those who flew skyward as well as those who appreciated those amazing adventurers.

As for the first really big advance in aeronautics, it occurred 100 years ago this month at an out of the way strip of beach called Kittyhawk. It was here that the Wright Brothers, Orville and Wilbur, were credited with the first manned flight of an airplane on December 17, 1903.

There were a number of technical advances that made this achievement possible. One was their ability to test their apparatus in a wind tunnel. A second was the matter of developing a method for maintaining control of the plane once airborne. For the Wright Brothers, getting their self-propelled flying contraption off the ground was not an end, but a beginning. The sky was the limit... not simply a name in the record books.

What's fascinating is the distance recorded in that early first flight: 120 feet in 12.8 seconds, or 6.8 miles per hour. A horse could run faster! It was, however, a beginning.

Eventually, 80 years  later, a trio of Northern Minnesotans began to develop an appetite for manned flight.... on snowmobiles.

Cross-country and oval track snowmobile races were fun, but the airborne antics of some snowmobile enthusiasts in Finland had stoked their imaginations. Thus was North American Snocross created, an Xtreme sport that became a feature of the Winter X Games, and produced what eventually evolved to be the International Series of Champions. Snowmobile racing like you've never seen before. 120 feet in a snap, with horsepower and speed, white knuckles and adrenaline...

The next race is slated for Shakopee, MN at the famed Canterbury Park.

To follow AMSOIL Championship Snocross or all our other AMSOIL racing activities, visit and bookmark AMSOILRacing.com.