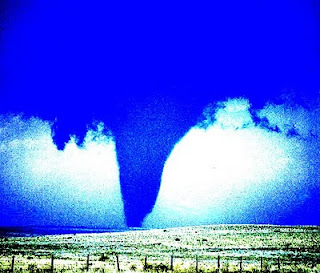 For months, AMSOIL has been following the trail of Tim Samaras and crew of the TWISTEX Field Operations as they traveled the country in search of tornado activity. As of July 1st, TWISTEX has concluded their 2010 deployments and the team is currently settling down to evaluate the many hours of research they gathered.

Since our last blog update here on the AMSOIL website, Tim and crew have been from Texas all the way up to Minnesota gathering data to help better understand the science of tornado activity. Using several in-situ deployment instruments to gather data from the core of the supercells and tornadoes, TWISTEX captured the first-ever wind speed data at two different heights. With so much data to evaluate, it’s inevitable more will be revealed. They are eager to discover the impact their research will have in the final analysis.

In addition to their great contribution to the science of meteorology, Samaras and crew lent a helping hand to those in need in the wake of tornado activity in Wadena, MN on June 17th. After one vehicle was temporarily sidelined with a flat tire in South Dakota, part of the group arrived in Wadena just in time to witness numerous tornadoes, including a wedge tornado that caused significant damage to this small town. The team regrouped in time to see another rain-wrapped tornado move over the town of Wadena from the southwest, while a smaller one was observed going through the south part. Having arrived minutes after the tornado swept through and left citizens stunned, the TWISTEX crew jumped into action and helped out those injured while surveying the massive damage left behind. Wadena ended up with extensive damage in the main path that included thrown vehicles, destroyed houses, and the loss of the local high school building. As stated by Samaras, spending time searching for victims puts into perspective on why TWISTEX is so driven to understand these powerful storms.

11 weeks, 28,000 miles, and hours upon hours of footage later, the TWISTEX team is now home. Aside from the flat tire, there were no mechanical breakdowns, safety or traffic incidents within the 5-6 vehicle convoy the entire operation. AMSOIL is proud to be part of this adrenaline-fueled mission, and we look forward to seeing the final results of their hard work in upcoming episodes of Storm Chasers on the Discovery Channel.
Posted by AMSOIL INC. at 9:31 AM