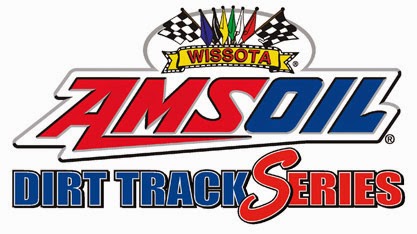 Birds fly north, baseball season opens and local motorheads get the itch for the ground to thaw so they can get their cars out on the track. It's that time of year for local dirt track racing and the longers days are very good for our spirits as we see the snow slowly dissipate.

The upper midwest is home to one of the largest sanctioning bodies in the country for dirt track racing, the  WISSOTA Promoters Group. AMSOIL is the Official Oil and title sponsor of the AMSOIL Dirt Track Series which rumbles through 60 race tracks scattered in Wisconsin, Minnesota, North Dakota, South Dakota, Montana, Wyoming, Ontario, Manitoba and Alberta. These member tracks are organized into an association that works for the betterment of short-track racing all across the upper Midwest.

The AMSOIL Dirt Track Series also hosts the AMSOIL Race of Champions which is held each year in conjunction with the WISSOTA 100. Each WISSOTA track hosts a qualifier that sends one winning driver from each class to compete in the AMSOIL R.O.C. Visit the official WISSOTA website or more information on the drivers and tracks of WISSOTA. Follow all the AMSOIL racing activities at amsoilracing.com.