An Example of Good Writing by a Car Guy 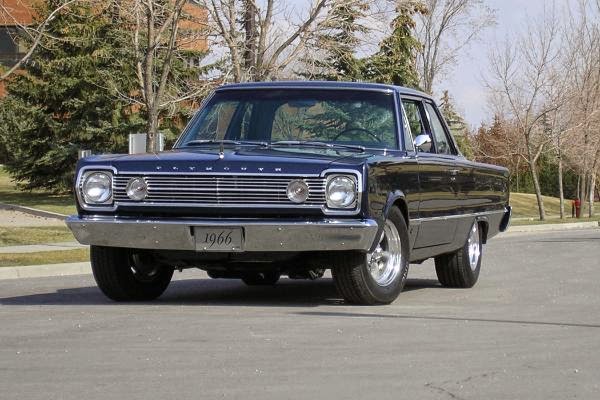 When the rubber meets the road, there's nothing like a good story. Whether telling them or writing them, there are few things more entertaining than a story well told.

In today's fast times, short and sweet is the name of the game. A good story begins with a strong hook. But the hook will only take the reader so far. Early on the writer must lead the reader to believe there's going to be a payoff.

Once hooked a good story will keep the reader hungry to discover what happens next.

Last week, an eNewsletter from Cars and Parts magazine had a short story by freelance writer Roger Johnson that appeared in the publication's Back in the Day section. Johnson told a story about a Street Hemi vs. a Big Block Corvette. The opening paragraph clues you in that this is a car guy.

I was cruising through the Kent State campus in Ohio during the fall of 1966 in my ‘62 big block Dart. At a stop sign, while eyeballing the coeds, I heard an angry engine roar behind me, emanating from a dark blue 1966 Plymouth Belvedere. I just knew it was a Street Hemi. Rather than move along, I hopped out of my car and walked backed to the Plymouth to meet its owner and ask him for a ride in his brand new Mopar. He agreed, so I parked my Dart at the closest curb and eagerly jumped into the passenger side of the 426.

In paragraph two the storyteller now switches from ogling girls to ogling the Hemi.

This two-door post came with a bench seat and a four-speed transmission. The driver told me he had the dealer install 4.56 gears. Eight-ply, 7.75 Goodyear Blue Streak tires were part of the early Street Hemi package. Blue steel wheels and dog dish hubcaps, along with two small 426 Hemi badges, finished off this humble looking machine.

The narrator is thrilled to be taking a spin in this powerful ride. But it gets better. They head out onto a highway.... and...

Well, let's not steal Mr. Johnson's thunder. Kudos for a story well told... one that resonates with many a car guy's memories. You can find out what happened here, back in the day.