We Have A Winner 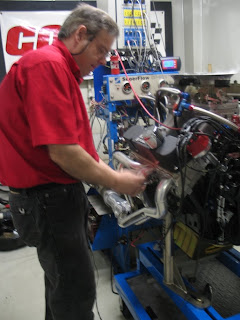 Last week we saw the completion of the AMSOIL/Mopar Muscle Engine Challenge. Eight engines were put through the paces and one came out on top: Indy Cylinder Head. Again.

In 2007 the competition was pretty tight, since the rules heavily weighted cost as a variable. With different parameters, Russ Flagle and crew were able to flex their muscles to demonstrate what 35 years experience can do in terms of MOPAR engine-uity. From cylinder heads, crankshafts, rods, and bearings to short blocks, big blocks and everything in between, these guys know engines.

Without pressing him to give away any secrets, we asked Russ Flagle the key to his success. “The key to our success in this (competition), it was our head. It’s also an engine we like. We’ve got a lot of experience with this 451 cu. inch.”

Flagle also praised AMSOIL. “Your oil worked out great... We bought some up here and broke the engine in with it before we went down there, so it’s had nothing in it but AMSOIL from the start.”

Congratulations to a great team. Here’s how their numbers stacked up at the Comp Cams facility last week.

Read all the details in upcoming issues of Mopar Muscle magazine. 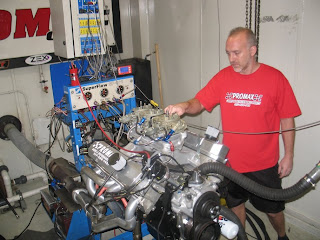 Well, the week a lot of folks have been waiting for is now complete. Eight engines were put to the test at Comp Cams in Memphis for the AMSOIL Mopar Muscle Engine Challenge.

Randy Bolig, editor of Mopar Muscle magazine, sent us daily notes and a few choice photos from each of the dyno sessions this week. Having worked with Randy these past two years, it is hard to imagine anyone with more passion for this kind of thing... except maybe our eight contenders for this year’s prize.

The teams come from all points of the compass. They are seriously consumed with making engines perform to their utmost. For sure it has to be a privilege to be among the chosen few who make it to this final destination, the Comp Cams test facility.

Each 440-based spec engine was run on the same Rockett Brand 93-octane fuel while at the dyno, lubricated with AMSOIL premium synthetic motor oil.

Here are the notes Randy sent me from a typical pull. We’ll release our winner’s name as soon as we’re permitted. 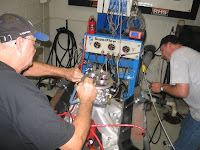 Made first three qualifiers back-to-back with no changes 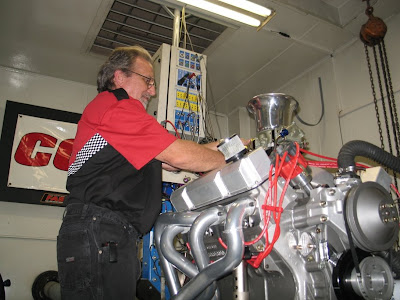 JMS Racing... In search of the perfect setup.
Posted by AMSOIL INC. at 10:41 AM No comments: 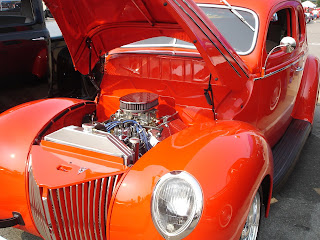 Another great event hosted by The National Street Road Association is rapidly approaching. September 19-21st brings the 15th Northeast Nationals to the Champlain Valley Exposition in Burlington, VT and once again it will be a weekend of excitement. With more than 53,000 members nationwide, the NSRA has drawn crowds of spectators to enjoy the scene as they gather to see pre-1978 manufactured vehicles.

Once again AMSOIL is a proud sponsor of this and other NSRA events. For those in the area who are able to make it, you won’t be disappointed. Over 1800 vehicles from all over the country travel to make this classic event to show off their hard work and passion. It’s truly the place to be for car enthusiasts of all ages. And unlike most NSRA gatherings, this one includes those heart throb muscle cars of the Sixties and early Seventies.

As with other NSRA hosted events, this one will feature fun for the whole family. Ladies can enjoy the “Women’s World” area, with a participant shopping shuttle on Friday and Saturday. The arts and crafts area can entertain both young and old alike, and live music, games and fun round out this exciting weekend.
Posted by AMSOIL INC. at 2:55 PM No comments: 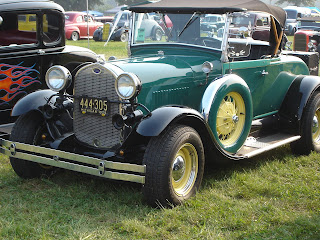 Once again the rodders will be assembling in Kalamazoo for their annual shindig. The gathering of pre-1949 vintage street rods will be held at the Kalamazoo County Fairgrounds this coming weekend, September 12-14. This is the largest automotive participation event in the region and despite gas prices being up a little this year, there will be a vibrant quantity of very cool cars on hand.

The National Street Rod Association (NSRA), with headquarters in Memphis, TN has more than 53,000 members worldwide. Vehicles will be driven from all parts of the United States to make this a truly unique gathering of vintage automobiles featuring nearly every make, model and style of pre-1949 manufactured vehicles. AMSOIL is proud to be a sponsor of the NSRA, with products that both enhance performance and protect the engines. AMSOIL also carries Mother’s products which add that special pizzazz when the car you’re passionate about is put on display. 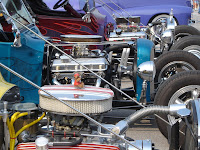 Spectators will be treated to the sights and sounds of some of the best constructed, most beautiful vintage automobiles ever to gather in one place.

In addition to classic cars, the Street Rod Nationals North will also include over 120 manufacturer displays representing leading automotive specialty and aftermarket suppliers, as well as a “Women’s World” area with arts and crafts. Designed to be a true family event, if you’re in the area, check it out.
Posted by AMSOIL INC. at 4:13 PM No comments: