Top Truck Challenge is a Wrap 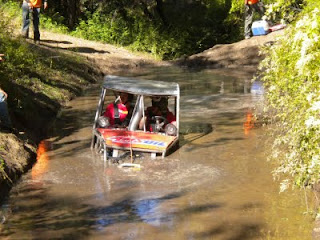 The Top Truck Challenge 2011 is a wrap after three days of swamps, slopes, boulders & quagmire. The challenge concluded Thursday after the final event took out a few rigs in the Tank Trap, hailed as the most difficult challenge of them all. Huge water-filled holes successfully wiped out some of the competitors as they tried to clear the course, dashing the hopes of winning for a few of the participants. AMSOIL Technical Powersports Manager Len Groom sent a report on Friday on the final event of the 2011 TTC, and as expected it was grueling. The Tank Trap swallowed trucks, causing some of them to flip on the steep incline and require an extraction. Some of the holes made it impossible to even see the tires that ranged in size anywhere from 46’ to 54’, which illustrates the magnitude of the challenges found in the Tank Trap. 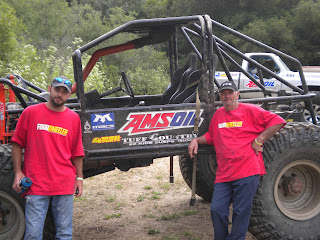 Despite all the difficulties these competitors faced, the Top Truck Challenge couldn’t wipe out everyone. Taking the win in the Buggy class was Alex Sanders out of Arkansas in his 2008 Chevrolet Buggy. While others battled against the odds in the Tank Trap, Sanders had a good run and cleared it so fast it was hard to get pictures. Overcoming an underdog position, Sanders achieved his stellar performance in a $2,000.00 rig.

Steven Montpas out of Roseburg, OR took home the title in the Truck class with his 1949 Willys pick-up. He performed well and kept ahead of the competition, landing him the top spot. Both winners performed consistently all week, earning them ultimate bragging rights and a trip back to compete in Top Truck 2012.

And so another Top Truck Challenge event is now behind us after a series of impressive attempts from all competitors. Next year Four Wheeler Magazine is inviting past winners to the 20th annual Top Truck Challenge, providing an interesting new platform to shake things up. Congratulations from AMSOIL to all of the competitors who were selected, but especially Alex Sanders and Steven Montpas for outdoing the competition and taking home the glory in what is known as the Olympics of off-roading. Both winners received a shopping spree courtesy of AMSOIL to keep all their toys and equipment running peak.
Posted by AMSOIL INC. at 8:59 AM