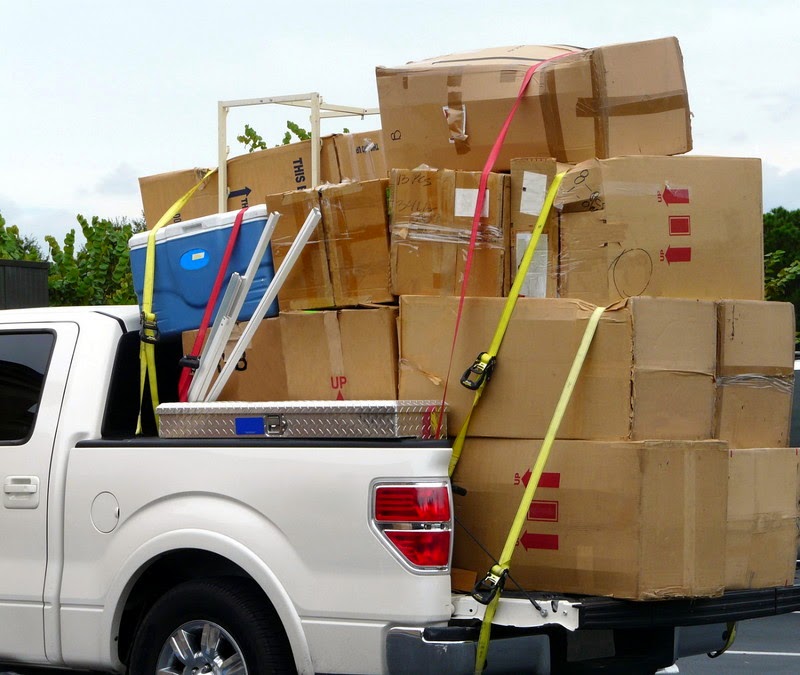 Yes, we've moved our blog to a new home. You can now find all of our blog content at the AMSOIL website. Visit us today and sign in for regular updates

Here are some additional links you might want bookmark as well:

When Jon Kaase looked at his numbers after his dyno run on day four of the 2014 AMSOIL Engine Masters Challenge he seemed crestfallen. He brought a powerful engine to the game, but when all was said and done after Thursday's end of the day run his gut told him he'd be coming up short in the final showdown.

Sure enough, his instincts were keenly attuned to what was going on, and when the final story had been told, he didn't have it this year. Tony Bischoff started the final day with ginormous numbers and by day's end his score was insurmountable.

Congratulations, Tony. 5X Engine Master has to feel pretty good.
There was still a lot of power on display in the finals. When all was said and done, here's how it all shook out.

For more details, and photos, visit the Hot Rod Blog.

Here are some additional shots from Lima, Ohio last week. 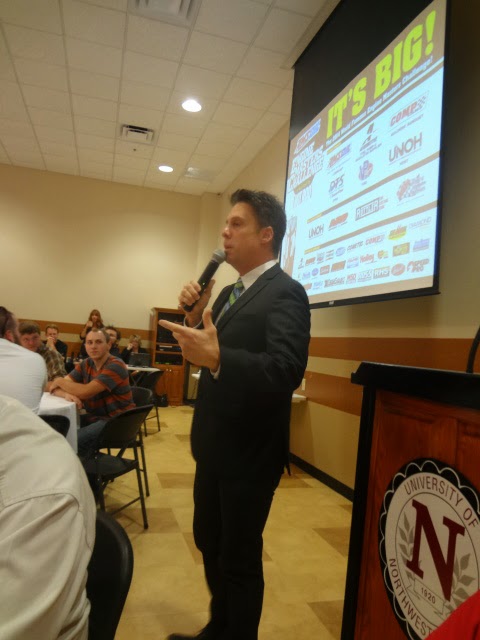 Last night's Engine Masters Banquet was enjoyable as always. Clarence Barnes was once again Master of Ceremonies for the evening. It became apparent that this was a transition year for the AMSOIL Engine Masters Challenge. David Freiburger and David Kennedy, editors from Hot Rod magazine, each shared their enthusiasm for the new possibilities for the future of the Challenge. Ed Zinke, head of the EMC, was honored for his hard work and vision for the event.

This morning Johnny Hunkins explained some of the changes he envisions for the future. "It’s going to be a launching pad for all kinds of cool things. I think with the resources that Hot Rod Magazine can bring to bear on the Engine Masters Challenge they’ll be able to entice a lot of other people into the fray and bring in both different manufactures and engine builders that we didn’t have the resources or reach to bring in. So it’s a jumping off point. I’ve been with Engine Masters for 11 years since 2003 so I’ve seen it grow and run its natural course and I think it’s going to be a great thing." 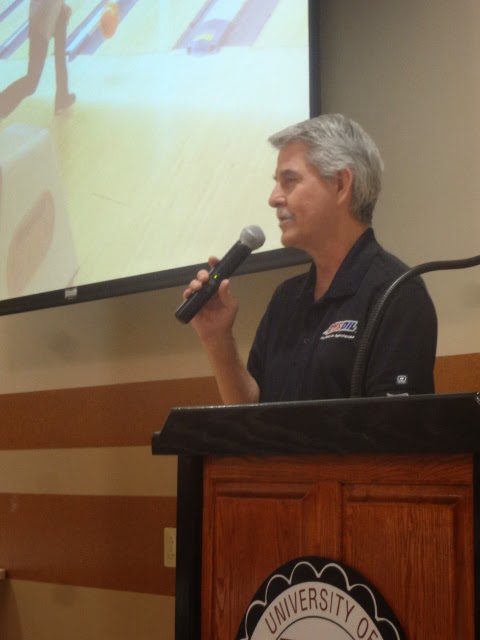 The banquet ended with Ed Newman of AMSOIL drawing the running order out of a hat for today's final showdown. That running order today turned out to be: Tony Bischoff of BES first, Brad Nagel of Bradley Built Engines next, John Lahone of ALSO BES third, Chris Bennett of School of Automotive Machinists fourth and finally 5X champion Jon Kaase of Jon Kaase Racing.

This morning Tony Bischoff was set up twenty minutes early, hoping to start as soon as possible to take advantage of the cool morning air, but the start time was officially 7:30 so he had to wait.

The new rules this year permitted teams to carryover unused time from their qualifying runs in order to make adjustments during the final day on the dyno. Bischoff would have an additional 21 minutes to work with for any modifications required to get maximum results.

When all was said and done, Tony was clearly on top of his game. Steve Dulcich, Editor in Chief and brand manager of Engine Masters Magazine, stated, "I don’t think anyone’s going to catch Bischoff. He’s so far in front, he’s gone. I’d be shocked if anyone came anywhere close to where Bischoff is performing.

"There’s a lot of tricks on that Bischoff motor. Stuff that you wouldn’t expect. The way he’s using the carburetor. You might think it’s peculiar that he’s got a carburetor and in the past all the top finishers were using fuel injection. Now why is that? There might be a reason. Bischoff is on to something there, I’ve got a few hints on what it is but I’ve been sworn to secrecy and I’m not gonna disclose anything at this point. But Bischoff, he plays all the angles and he doesn’t miss a trick. That’s why he’s a winner, that’s why he’s leading this competition right now. He’s not the only one but at this show, he’s the best." 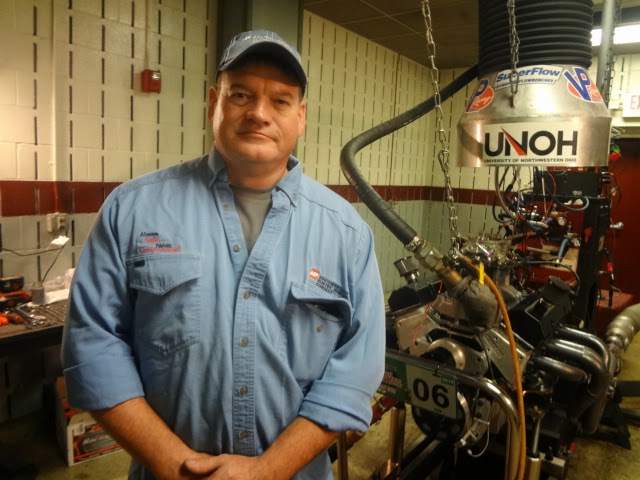 It's all business here at UNOH in Lima as we open up the Day 4 of the AMSOIL Engine Masters Challenge. We arrive to find RCS Racing Engine / RCS-AMS on the block in Dyno Cell #1. The Ford 414 kicked out enough power to propel the team into second place as we start this final day of prelims.

Team captain Ron Stanislawczyk (left) has been building engines since he was a boy. His company, RCS Racing Engines has been building them for over 30 years. "We’re a pretty big facility. We built over 5,000 race engines in the past thirty years. We do dirt, asphalt, limited classes, crate engine classes. From NHRA Pro Stock, IHRA Pro-Stock, all the way down to the competition classes," said Stanislawczyk.

In the next cell Adney Brown of Performance Crankshaft was setting up. Brown selected Dominator 5W-20 for his 414 cu. in. Chevy engine, which took fourth place the first year he brought it. But the technology has changed significantly since then and he's thinking it may be time to step up. "It’s always been a good experience, good people, really an enjoyable competition," Brown noted.

Third up was Chris Thomas of Almost Kaase. Jon Kaase picked up Chris from the School of Automotive Machinist and it's clear the young man has received some strong training. After getting the engine hooked up, Jon Kaase went in and had the vent adjusted, saying, "This engine needs all the air it can get." When all was said and done, Team Almost Kaase leaped to the top of the heap with some superlative numbers.

Bradley Built Engines is on Dyno 2 getting ready to run, and then we'll break for lunch. Here are a few photos from today's action thus far.