SEMA Feature of the Week: 6Pack Prepares for SEMA Debut as Cameras Roll 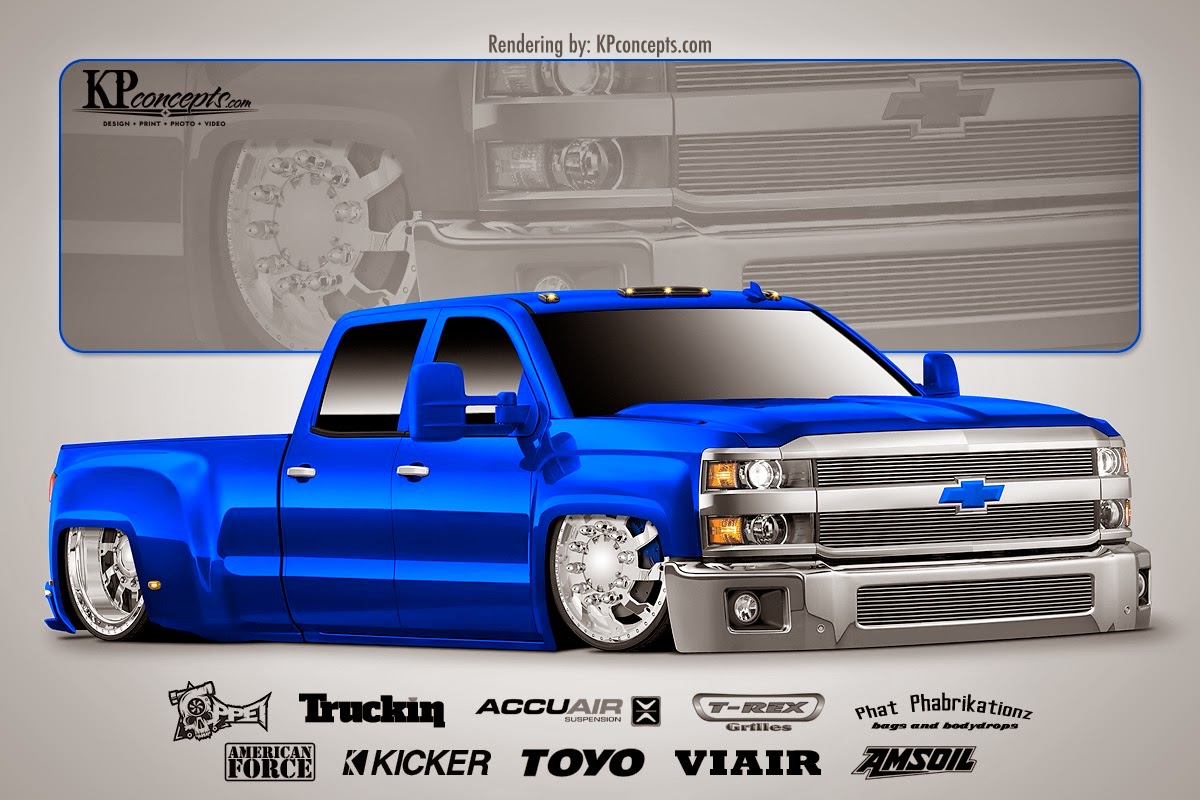 AMSOIL is slated to make an appearance in several high-profile, beautifully designed show vehicles at the 2014 SEMA show next month in Las Vegas. Included in the roster is Michael Vallery’s 2015 Chevrolet 3500 Dually, currently undergoing extensive modifications to prepare for its place in the American Force booth. Vallery has been perfecting his craft since modifying his first truck at age 15, guided only by the pages of automotive magazines for reference. Prior to that, he got his start at age 5 after noticing the paint fading on his red Power Wheels jeep. He did what any future gearhead would do; he found some spray paint and decided to spruce it up himself.

We caught up with Vallery to get his take on his first SEMA-bound project, having his build filmed from start to SEMA, and how it came to be known as ‘6Pack’…and it’s not only because it rolls on six semi-truck wheels.

Is this your first time attending SEMA as a project builder?

Michael Vallery: This is my first year attending SEMA with a project. I've always been interested in cars and trucks. I started modifying them myself with my first truck, my grandpa's 1986 Chevy C10, at the age of 15.

What are your favorite modifications that make this truck ‘you’?

MV: I would have to say my favorite mods to this truck would have to be the bodydrop and the 24" semi wheels. We knew going into this that the bodydrop was going to be a huge amount of work. But me and my builder Jake McKiddie both wanted it done. There are not that many Chevy duallies out there that are bodydropped with the Duramax diesel under the hood. The motor is gigantic. We both knew that most likely, it was going to be the only bodydropped 2015 Chevy dually at SEMA this year. I've always loved lowered trucks. I've built a lifted truck before, but I always end up coming back to the lowered side. The semi wheels make the truck for me. I've grown up in a family owned and operated trucking business, so I've been around 18- wheelers my whole live. I think it's safe to say that trucks are in my blood.

You’ve got a video feature planned with Solo Films DVD. Can you tell us about that?

MV: SoloFilms is in the process of filming the build of the truck from start to finish. The upcoming DVD will include interviews with myself and Jake, as well as footage from the shop with Jake doing his thing on the truck. The plan is for the crew to ride out to SEMA with us. They'll be able to film along the way and catch the truck in the booth at the show, as well as the rest of the show. 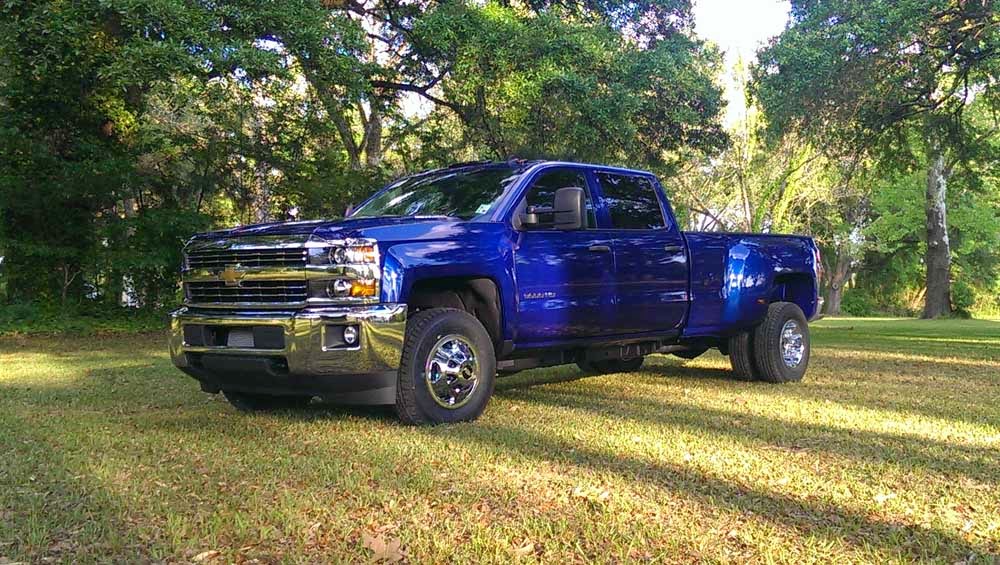 Any other upcoming media features/coverage?

MV: Truckin’ Magazine has also agreed to do a full feature article on the truck. If I'm lucky, you might be seeing it on the cover! Slam'd Mag is a new online magazine. They are quickly on the rise and I knew I wanted to be able to have the truck grace the pages of their publication. Be on the lookout for a full feature from Slam'd Mag also!

Is there a story behind the truck being named “6Pack”?

MV: When I started this project, I knew I needed a name that was "short and sweet." I thought about it for a few days. Most of the "catchy" names that I thought of were already taken. I wanted something that I personally haven't heard of. I enlisted the help of a friend, and he mentioned that it should be something involving the word "six" or the number "6" since the truck has six wheels. We both looked around at what we were doing, and there it was…"6Pack".

If you could select any car in the world to customize to your specs, what would it be?

MV: When we start talking about choosing just one car in the world to modify, it's hard to choose. There are several that I can quickly think of that I want to put my own touch on. One in particular that comes to mind though, is a 1969 Chevrolet Chevelle SS 396. That was my dad's first car. I would love to be able to get my hands on one in order to build it the same way his was, for him. It was a pretty slick car. It was blue with white dual racing strips with a white vinyl top.

Why did you choose AMSOIL?

MV: I chose AMSOIL products mainly due to the great things I have always heard concerning their products. Obviously, anyone would want only the best when it came to a brand new truck with only 600 miles on the odometer!

MV: As far as a quote that describes me, I've always liked "You must always push the limits, because if you never fail, you will never succeed." As I was growing up, I had a poster on my bedroom wall that had that quote on it. Sometimes I can be a little conservative but for the most part, I like pushing the limits on everything I do…except when it comes to speeding. I hate paying tickets!