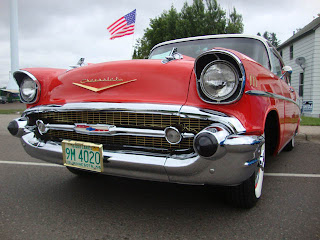 At the request of SEMA, in 2010 the US Senate helped launch the first national Car Collector Appreciation Day by passing Senate Resolution 513. As a result, last July thousands of Americans attended car cruises, parades, and other events aimed at getting the public involved in this part of American history. Collectors and enthusiasts alike came out all over the nation to organize local events, marking the first year of this significant event.
SEMA is now posting local events as they are reported on their website, and is relying on the public to let them know of events in their area. Check to see if anything is already planned for your region and if not, make plans now to organize your own local car show or parade. Bringing awareness to Collector Car Appreciation Day will ensure it only grows bigger with each coming year, while ushering in future generations to carry on the tradition.
Posted by AMSOIL INC. at 3:28 PM