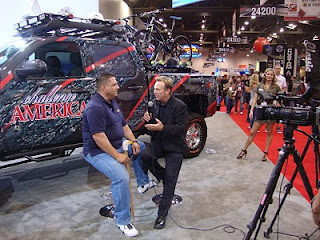 One of the highlights of the SEMA Show, featured prominently in the GM booth, was Nic Ashby's Challenge America Chevrolet Silverado. In a post script to the show, the Victorious Project blog (http://thevictorious.org/) stated, "We’re all on Cloud 9 because SEMA was a huge success for Challenge America in promoting the needs of our veterans."

During the show the Challenge America team collected tons of video footage. Their aim is to raise awareness for the needs of wounded veterans. For many vets, the toughest battles are not those fought on the front, but rather the ones they must fight the rest of their lives when they return home. On this Veterans Day it is appropriate to honor all who have served. It is likewise a privilege to be associated with people like Nic who continue to give back in this manner. 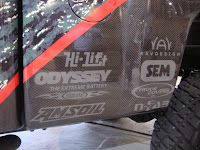 In a note to us this week he wrote, "SEMA was a great show and thanks to all your votes and support we made it into the CHEVY booth and received a nice recognition from the North American President of General Motors."

About Challenge America: Challenge America answers the question of “When it happens, where do we go?” for returning injured military and their families by connecting to resources in the simplest way possible – at the local zip code level. We are working with communities across the United States in linking new and existing services and supporting the development of recreational, occupational and housing programs to better serve those who have sacrificed so much for us. 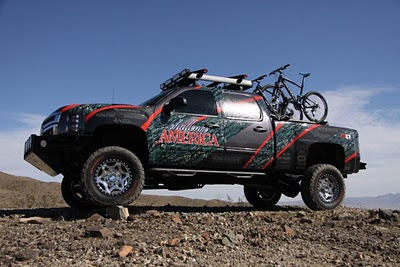