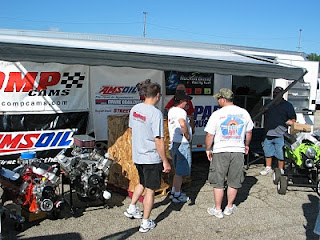 Thousands of people descend to National Trail Raceway in Columbus, OH each year to attend the Mopar Nats. Drawing collector cars of all shapes and sizes, competition is always fierce and gives the public plenty to see and do throughout the weekend. This coming weekend marks the 30th Anniversary of the Mopar Nationals, drawing a multitude of classic cars at least 26 years and older along with Mopar-related memorabilia. This years’ event will feature a special tribute to the Dodge Coronet and Super Bee, where these vehicles will be on display together. 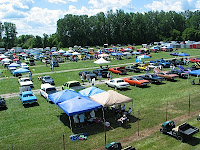 A Mopar is defined as a Chrysler-built vehicle including Dodge, Plymouth, Imperial, and more. This market draws thousands of enthusiasts loyal to the brand, which is known for producing solid engines that can withstand severe duties. A favorite saying among enthusiasts is ‘Mopar or No Car’ and many live up to this creed.

On the same note, AMSOIL is title sponsor of the AMSOIL Mopar Muscle Engine Challenge. This event pits engine builders against one another to see who can build the best Mopar engine. Competitors will have their engine builds on display at the Mopar Nationals before they are shipped off to Comp Cams testing facility to gauge their power and output. Watch for upcoming details on this challenge, where AMSOIL is the Official Lubricant and Sponsor. For now, get your Mopar fix at the 30th Anniversary of the Mopar Nationals and see an integral part of a beloved American pastime.