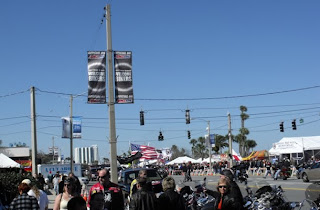 Daytona Bike Week officially kicked off on Friday February 26 with hundreds of thousands of spectators expected to arrive. AMSOIL has a huge presence and though the rain made for a bit of a late start, it didn’t stop the rumble from descending on Daytona for long. With countless events going on throughout the entire 10-day festival, Daytona is hard-pressed for dull moments. An immeasurable quantity of bikes, from Harleys to Hondas and everything in between, fill the streets and give everyone something to look at as they make their way to various destinations. From the sounds of the first update from the AMSOIL crew in attendance, things are off to a great start. 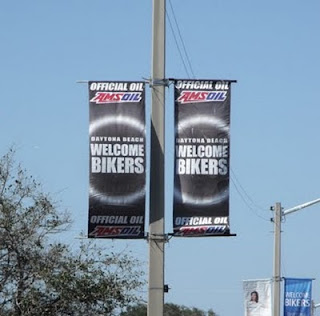 The 69th Annual Bike Week In Daytona Beach Florida kicked off this weekend and AMSOIL was there to be a part of it. This is AMSOIL's second year as the Official Oil of Bike Week. Things started very slow on Saturday with rain most of the day and temperatures in the 40's. Come Sunday the sun was out and the Bikers were too. Thousands of them flocked to Riverfront Park on Beach Street to enjoy the food, music and fun. For the first time Harley Davidson had their corporate tent in the park, and the riders came to see it. AMSOIL was once again in the Welcome Center along with the Daytona Beach Chamber of Commerce. The rally lasts through the week and wraps up on Sunday March 7.

If interested in catching a glimpse of the action, the AMSOIL team is sending photos which are being archived here. 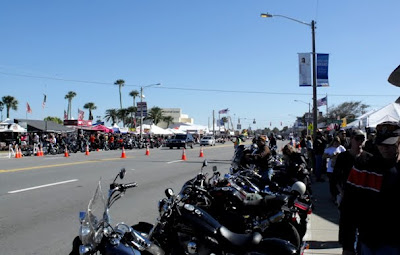