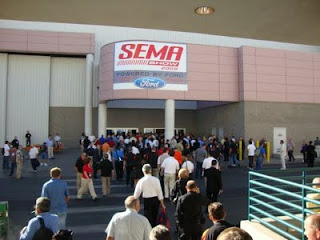 All of yesterday's forklifts, empty crates and debris has magically disappeared. The red carpets have been rolled out. And SEMA 2009 is underway.

A few things have changed and some remain the same. One change is the location of the New Product Showcase, which used to be in the area between the North and Central Halls. It is now on the second floor of the South Hall. Registration has also moved to this location, and the lines were long for those who had not taken care of these details in advance. 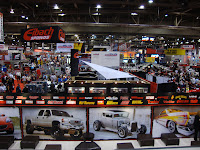 The show itself fills an enormous space, as you can see here from these shots in but one of the four show halls.
It's too early to say what the big story of the show will be. Here at AMSOIL the story remains constant, new products of outstanding 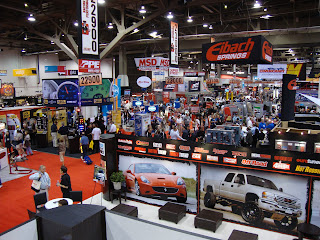 quality for specific applications. We're thrilled to be part of the spectacle that is SEMA. 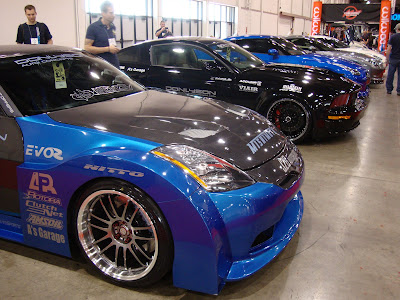