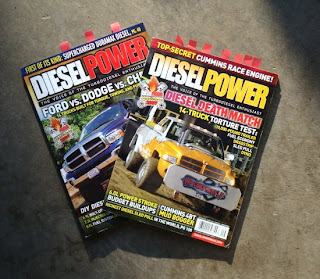 Coverage of the event includes two lengthy stories appearing in the August and September issues of Diesel Power. The August issue provided overviews of the competitors, with all the details surrounding each of their modified machines. The September feature, more than forty pages worth, is titled Diesel Death Match, featuring 14 diesel guzzling, fire-snorting monsters producing enough horsepower and torque to make a diesel lover swoon. The setups ranged from mild to wild in this competition, which in the end produced one winner.

To quickly recap, the Diesel Power Challenge pits 15 trucks against one another in a series of tests designed to reveal the nation’s ultimate street-legal diesel powered vehicle. Readers of Diesel Power Magazine vote and decide on the final roster of competitors, but only one emerges with the title. In a three-day period, these diesels are put through trials and tribulations designed to dismantle the trucks not fit to be crowned all while a film crew is on hand to capture each moment, whether they fail, prevail or both.

Overall Robert Evans of Reno, NV took home the glory, but the others didn’t make it easy for him and it was close right up to the end. Each year brings out the drive, determination, and the desire to win within every competitor. With a fierce passion to build a truck that has the wherewithal to defeat each phase of this challenge, builders arrive ready to prove themselves. AMSOIL is always pleased to be on board providing lubricants that can withstand these rigorous conditions and help conquer the course. 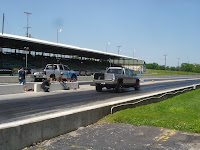 This year’s event will be aired on Four Wheeler Television on the Outdoor Channel sometime in the fourth quarter. And be sure to subscribe to Diesel Power Magazine so you can have your say in who will be at next year’s challenge by voting online in Spring 2010. Only time will tell if Robert Evans can defend his title next year, or if the torch will be passed to the next worthy diesel-powered champion.