2010 Diesel Power Challenge: And the Winner is… 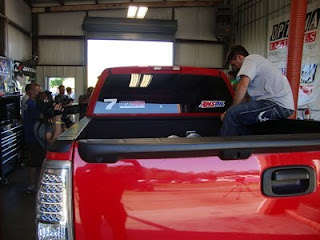 Dimitri Millard of Highland, UT took home the title of Ultimate Diesel Truck owner in the 2010 Diesel Power Challenge in an extremely close race for first. His 2001 Chevrolet Silverado 2500HD was tied with Brian Parker and his 2006 Dodge Ram 2500, where it ultimately came down to the fuel economy test to break the tie. 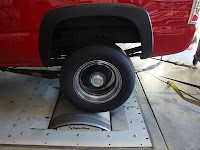 Despite heavy flooding with up to ten feet of water at the track in Bowling Green, the show went on by moving to an alternate track in Nashville. After three days of challenges including a dyno test, 1/8 mile drag race, 30,000-lb sled pull and fuel economy test, these trucks were categorically pushed to their limits. Out of 15 capable competitors, this years’ challenge humbled 4 of some of the mightiest diesel trucks in the nation and took them out of the running.

Look for the full finishing order in Diesel Power magazine later this fall.

Photos: Dmitri's red #7 threw down good numbers on both the dyno and on the track to get things started, and held on against stunning competition to bring it on home. 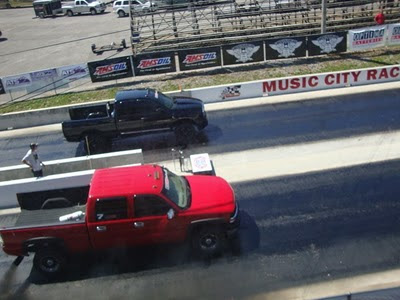