Race to the Top at SEMA 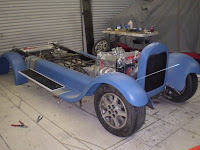 With fall just around the corner, those planning to attend the Specialty Equipment Market Association (SEMA) show in November are busy laying the groundwork for the year’s biggest event. Each year, the SEMA show attracts tens of thousands of attendees: manufacturers, distributors, car builders, aftermarket companies, and every industry leader in between with an interest in the car, truck and SUV market. AMSOIL is always on hand to witness the latest developments in the performance automotive world, maintaining its position ahead of the curve. 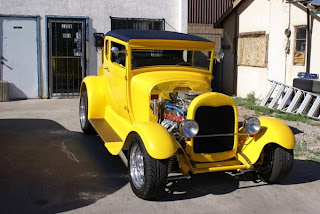 This year AMSOIL will be installed in more high profile cars than ever. One of these will be a ’33 Roadster kit that is being assembled live during this year’s show by Race Safro, a 16 year old car builder whose love for the automobile world took shape at the age of 4 while watching his father wrench on cars. Race, who took on his first independent design and build of a 1929 Five-Window Model A at the age of 14, has fueled his passion ever since by taking control of RT Rods shortly after graduation from middle school. Also involved in Modified Class racing, Race built his own custom race car and was awarded ‘Rookie of the Year’ after his first season. 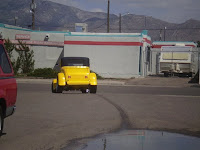 No better leader in the Take a Kid to a Car Show movement, Race (who is in the completion stages of a '77 Bronco build) will be at SEMA this year to assemble the Roadster from start to finish in an amazingly tight time frame within the Factory Five booth. That's the plan anyways. At the end of the show, the car will be given to its proud new owner to drive off with, the end result of a labor of love. Race is a rising star in the automotive world. Be sure to watch for future updates on Race’s take on ingenuity, drive, and a true passion for cars when the final outcome is unveiled at SEMA in November. He gives a lot of thought to every detail, including the lubricants he chooses. This is why these build cars carry AMSOIL synthetic motor oils and fluids.
Jay Safro, Race’s dad, has had three vehicles at SEMA over the years for his upholstery work. Race, at 16, will have two vehicles at SEMA this year, and a future as bright as his dreams.
Photos above show Race's Model A restoration, courtesy RT Rods.
Posted by AMSOIL INC. at 11:02 AM