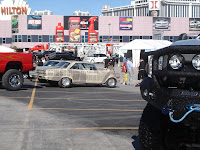 It’s Monday and the show floor is a scrambling mass of crates, carpets, cars and energy as near 2000 companies assemble their booths for the 2008 SEMA Show. There are many car shows, but there is only one SEMA, a Mecca for performance car enthusiasts.
Though there have been rumblings of a number of “no shows” due to the economy, the three main halls look to have ample goods and services on display to give any enthusiast a rush. 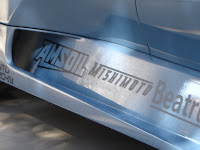 Rodders, tuners, trucks and late models are all on display, putting on the dog. As customary, if it has something to do with cars, or in the coverage of the car scene, it's here. The quantity of vehicles decked to the nines is not yet announced but it is well beyond what a normal human can take in, a-pleasin’ both aesthetically and from an engineering standpoint.
Quite a few vehicle builders were proud to be associated with AMSOIL this year. Here are a few images from Vegas, with the aim of whetting your appetite for more. And tomorrow, it's Showtime. 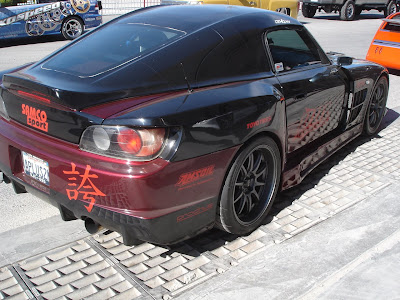