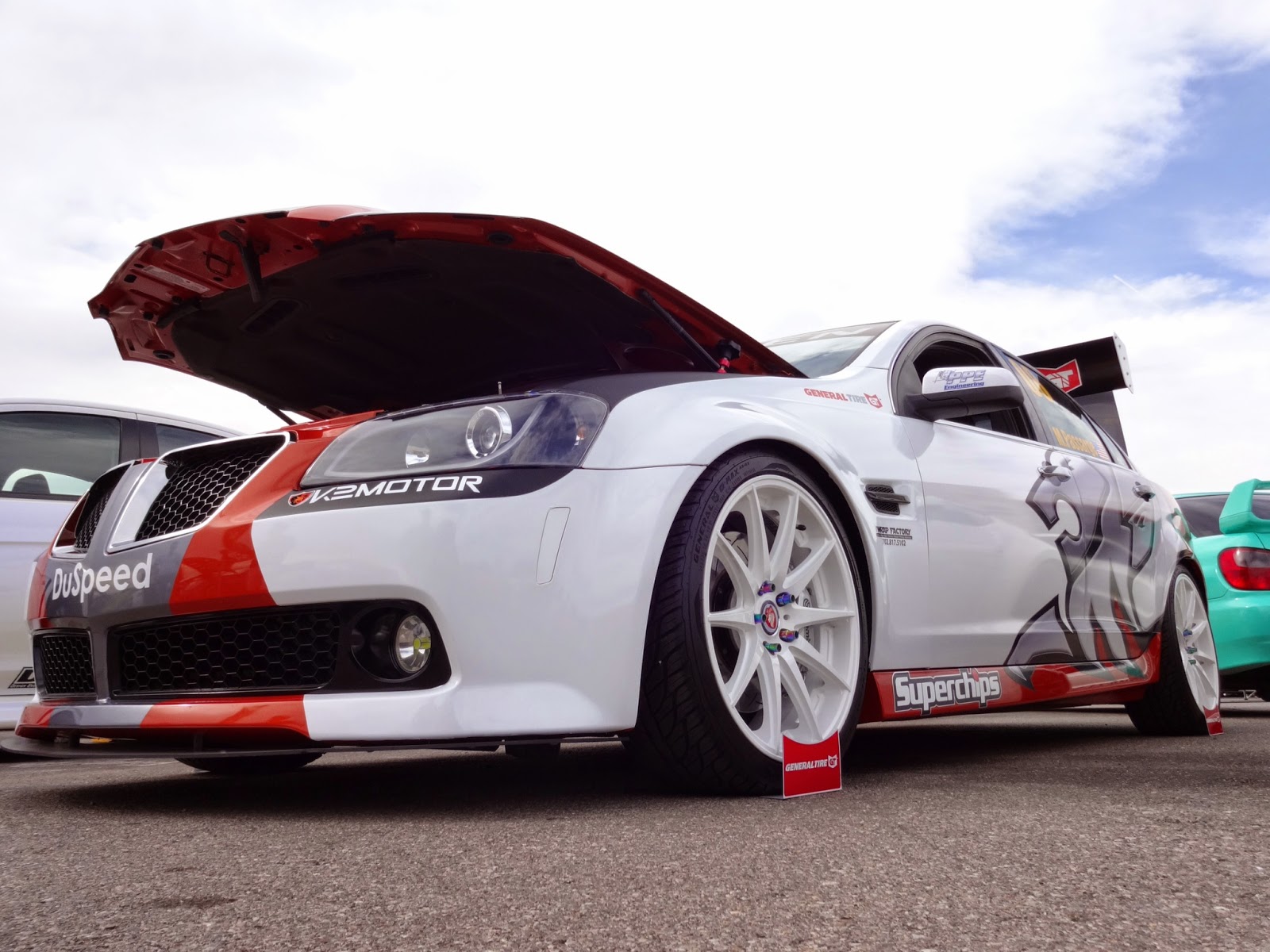 Up next in the SEMA vehicle blog series is this sweet Pontiac G8/GT, a unique ride that likely won’t be found anywhere else on the SEMA show floor. Owner Mike Passarge purchased this Australian-built Pontiac and transformed it into a bona-fide race vehicle in tribute to the V8 Supercar Series. His vision was the right one and his hard work paid off; soon after he landed a partnership with Holden Racing, and his G8 is the only non-racing vehicle in the country to fly their team graphics.

In addition to being invited to SEMA as a booth vehicle for Spec-D Tuning, Passarge will be on hand at SEMA Ignited to showcase his ride after the party. SEMA Ignited is a brand new after-show that brings out exquisite SEMA booth vehicles for public viewing consumption. This event allows the public and media to witness the industry’s latest and greatest parts in action after spending the week behind closed doors. We caught up with Passarge to get a little background info on his G8 and how he came to bring inspiration from down under to the US.

What drew you to the Pontiac G8 GT model? Is this your first project vehicle?

The Pontiac G8 was just an awesome set up at the best price. With it coming from Australia, I knew the look and performance would be great. I have been on the car scene since I was 16 and have fixed up many cars.

Tell us how your vision came to be. What is it about this car that makes it ‘you’?

After I bought the car and found out they raced them in the V8 Supercar Series, it became my new vision for my car. I like to put my own little flare on all my builds. I tried to make it look like a true V8 Supercar, but put my own style on it since the parts for this car are not available in the states. Many of my parts had to come from Australian companies.

Tell us about your partnership with Holden. How did you become the first non-race vehicle to receive their support?

To make my car look the part I came into contact with a great person from the Holden Racing Team. In explaining my vision to him of this tribute build, he knew I was serious about this and would give the upmost respect to the image of the Holden name. They offered me the actual race graphics off the team cars. I am the only one in the US with this awesome privilege and I am a Holden Race fan for life! Is this your first time attending SEMA?

This will be the third time this car has been to SEMA. I am blessed that every time I change the car up to make it look different, someone wants it for SEMA. This will be my final build on this car and it will stay a tribute car to Holden Racing.

Why did you choose AMSOIL? Any favorite product?

I chose AMSOIL because of the quality of product and their reputation. They seem to take care of us non-professionals. There is no favorite product from AMSOIL. Every product available for my car, it’s in there. I take pride in my ride just as AMSOIL takes pride in their product, and that's why we make such a good match.

Has the car received any media coverage or car show awards recently? Any memorable moments on the car show scene?

Holden Media will be doing a build story after SEMA on the G8. I hope to get into a few magazines after this build, which will most likely be overseas. I love going to car shows with the G8. I have removed all badges and it has changed so much in appearance that most people don’t even know what it is. Only the true Pontiac and Aussie race fans know what the build is about. I think my car is one of those “Love it or Hate it” cars.

We love it. Do you have a favorite quote or motto that describes you?

My quote I often use is "To each their own". I never dog someone’s ride…everyone’s vision is different, and that’s what makes the car scene so great.