We're all familiar with his deep baritone voice. "Hello, I'm Johnny Cash." So began his live concerts for a time, identifying with down-and-outers, performing in prisons, and representing the heart of Americana. He was The Man in Black, and his iconic career crossed multiple genres of music from rock and roll, rockabilly and blues to folk, and gospel.

This week a Rolls-Royce once gifted to this star musician was in the news, going up for sale at auction, with no reserve. The Rolls was given to Cash by ABC back when he had his television variety show. It was used to ferry him around for more than a decade before being sold to a private owner in the 1980s.

The history of Rolls-Royce is a long one, nearly as old as the auto industry itself. From the getgo it was a premium car that turned heads and emptied bank accounts. There were only 100 Rolls-Royces a year being sold in the United States when adman David Ogilvy was hired to expand the company's reach into the U.S. market. Ogilvy agreed to do what he could with the $50,000 they paid and he produced a single, well-placed ad that tripled the company's sales. The ad headline proclaimed, "A 60 miles per hour the loudest noise in this new Rolls-Royce comes from the electric clock." In the following year 300 new cars were shipped to America. You can see that ad and read the rest of the ad copy here. 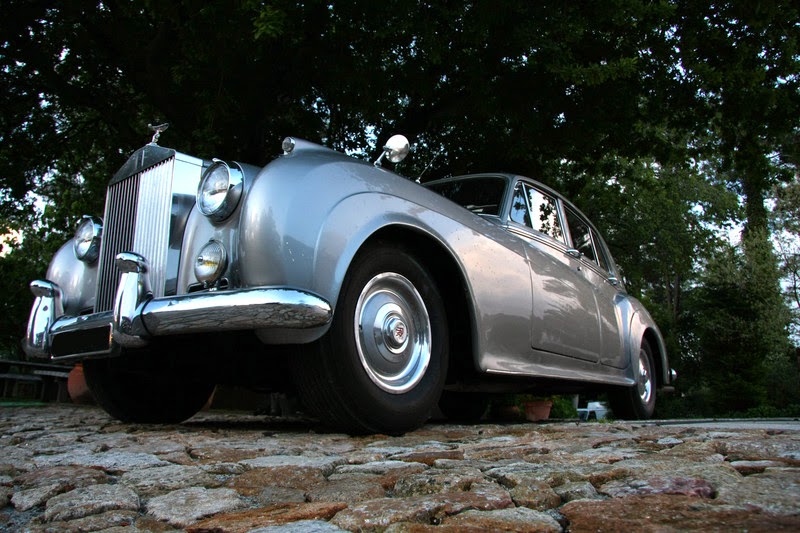 Charles Rolls was the first undergraduate at Cambridge to own a car, and needless to say he had a passion. When he met Sir Henry Royce the two hit it off. Royce's attention to detail and pursuit of perfection were just the kinds of qualities Rolls valued and the two set about building the best cars in the world.

Today the company continues to maintain the same high standards that put them in the history books. The manufacturer still pursues the same attention to detail. They are also aiming to expand their market by appealing to a new generation of young style-driven owners. Car & Driver magazine, in an article featuring 25 cars worth waiting for shines a spotlight on the new 2-door version of the Rolls-Royce Ghost called the Wraith. If you're a billionaire the $300,000 price tag is probably chump change.

The photos here are of a striking Rolls-Royce courtesy Can Stock.
(c) Can Stock Photo
Posted by AMSOIL INC. at 10:10 AM