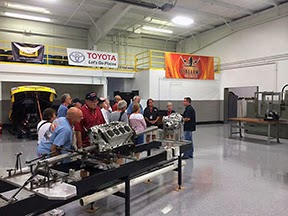 Earlier this week the Detroit found itself on the receiving end of its hardest rainfall in a century. Nevertheless, despite somewhat hazardous conditions on certain highways and byways, the AMSOIL/Street Rodder Road Tour has had another exciting week as it traipses about the historic city of Detroit. The only thing really dampened were the carpeting and some of the contents of the less prepared vehicles.

As luck would have it, the entire day Tuesday was scheduled for a single location: Ypsilanti, Michigan. First stop, Kalitta Motorsportds. 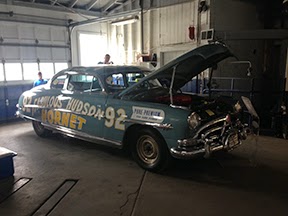 There are not many drag racers more famous than Connie Kalitta and very few teams that have been as successful as his. And like many men of achievements there's a place to go where you can learn about their history and the qualities that made them heroic. During a tour of the huge race shop the Road Tourians were present as the team rigs were being loaded to head out to Minnesota to compete in the NHRA event at Brainerd. It was an up-close look at one of the best teams in professional drag racing and insight into what it takes to be successful in the sport. 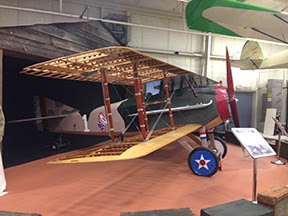 Next stop, the Willow Run Airport and the Yankee Air Museum. The museum tells many stories from aviation history but goes in depth in telling the story of the Willow Run Assembly Plant that was built by Ford Motor Company and was one of the major airplane manufacturing facilities of World War II. The museum displays military aircraft from many conflicts including an F-15 and a Huey helicopter from the Vietnam War.

After a tasty lunch at the Sidetrack Bar and Grille the group hoofed it across the tracks to the Automotive Heritage Museum. The museum centers on products and vehicles built in and around Ypsilanti including the Hudson, Kaiser-Frasier products, GM autos including the Chevy II, the Corvair and the GM Turbo Hydromatic transmission were all part of Ypsilanti auto history. Ypsilanti was also the home of Preston Tucker of the Tucker automobile fame. 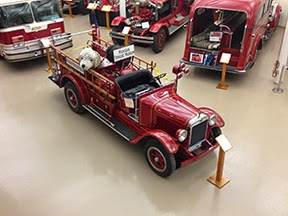 The Michigan Firehouse Museum just up the street became their final stop where they saw vintage firefighting apparatus from the earliest times up to present.

It's impossible to talk about the Yankee Air Museum without noting that AMSOIL was founded by a Lt. Colonel in the Duluth Air National Guard with significant achievements in that field. Al Amatuzio's greatest achievement, however, came about as result of his commitment to finding a way to bring jet engine lubrication technology into automotive applications, for which he was later inducted into the Lubricants World Hall of Fame.

Here's Al Amatuzio talking about the values that drove him and upon which AMSOIL has been founded: