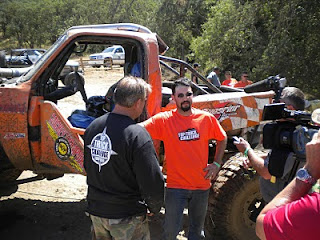 The AMSOIL-sponsored Top Truck Challenge is one of the most anticipated events each year, pitting some of the mightiest rigs against one another in a series of punishing challenges. Those selected to compete are at the mercy of seven events aimed at taking them down, with aptly named titles such as the Frame Twister, Tank Trap and Mud Pit.

One of the best parts of this event is that readers of Four Wheeler Magazine are handed the reins in deciding which trucks are up to the task. Readers are given the rundown on the 50 rigs up for consideration, with top vote getters finding themselves preparing for the throwdown in Hollister, CA. Voting is now open, with official ballots being distributed in the April issue of Four Wheeler on stands February 15th. Be sure to pick up the magazine to have your say in who gets a chance to play in this twisted proving ground come June.
Posted by AMSOIL INC. at 10:44 AM