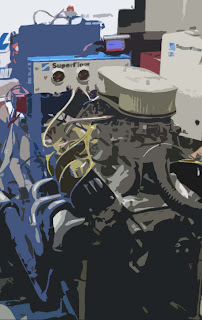 The list of 2011 AMSOIL Mopar Muscle Engine Challenge participants has been finalized and announced. Come September, the following 8 competitors will descend on Comp Cams in Memphis to showcase their engine builds and try for their shot at winning. This challenge gives engine builders a platform of which can be used to reach thousands of Mopar enthusiasts in need of their expertise. Returning in 2011 to defend his title is Scott Schurbon of Schurbon Engine & Machine, whose team landed the top spot for the past two competitions. All eyes will be on Team Schurbon to see if they can hold the line and take the title once again for 2011, or if another team takes it from them.

AMSOIL will provide blog updates as the competition gets underway, starting at the Mopar Nationals in August.