NAIAS in Detroit Remains a Spectacle 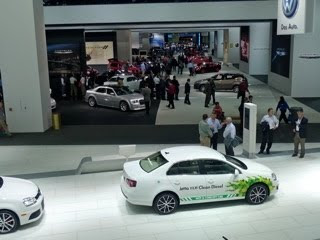 It’s the beginning of the New Year, and car companies are pulling out all the stops to show the world their new and innovative concepts. The 2010 North American International Auto Show (NAIAS) in Detroit is a premier event for creating buzz and AMSOIL Director of Aftermarket Products Karl Dedolph has been present to keep an eye out for upcoming and developing trends in the industry. All eyes are on Ford, General Motors and Chrysler this year, but they aren’t the only companies capitalizing on the slowly stabilizing economy. 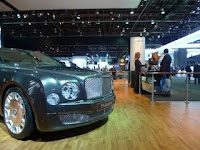 Honda, Toyota, Audi and BMW are also aiming to garner consumer attention with hybrid, electric and luxury vehicles that appeal to all ends of the consumer spectrum. With the onset of ‘going green’ in today’s market, most car manufacturers are trying to keep ahead of the curve to incorporate this theory into their design and production.

Have we finally reached the advent of the electric car era? Roger Huntington addressed the demise of the internal combustion engine in a 1969 Popular Mechanics story titled "How Far Can We Go With The Piston Engine?" The article begins like this. "An early death for the age-old internal combustion piston engine is the prediction of some people. They say the exhaust can't be cleaned up enough to meet future air-pollution and antismog laws and that we'll be running around with batteries, steam, fuel cells and atomic engines in another ten years."

Forty years later and the NAIAS gives evidence that many very smart people have spent a lot of time and money to move the auto industry in a greener direction. The degree of cleanliness in modern diesel technologies was inconceivable in 1969. But the range of alternative solutions to the internal combustion engine is also highly in evidence this week. The outcome of all this will be anyone’s guess.

This year’s NAIAS features a special section called Electric Avenue where companies large and small have electric model vehicles available for test drives around a ¼ mile indoor track. At the turn of the last century (1900) electric cars were quieter, cleaner, and offered a much more pleasant motoring experience than the alternatives. And they could run at a pretty decent clip as well. The 1899 Belgian-built La Jamais Contente was clocked at 100 km/hour (68 miles per hour), setting a world land speed record. Its gas powered counterpart was a hand-cranked contraption that smelled, vibrated a lot and made a lot of noise. La Jamais Contente, pictured here on the left, is on display in Detroit this week.

Open to the public from January 16-24 and unlike any car show you’ve ever been to, we encourage you to try and make it out to see what’s headed your way in the auto industry. AMSOIL will continue to watch these trends as they are developed and tested, utilizing shows like this one to stay ahead of the game in today’s rapidly evolving marketplace. 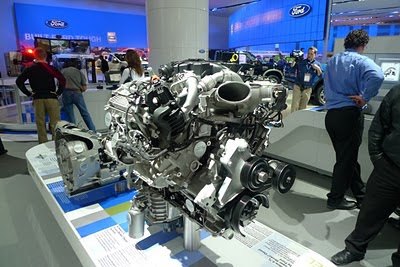