For many, 2008 will be remembered as a year of wreckage in the U.S. financial markets, with subsequent consequences rippling out in concentric circles of turbulence throughout the world economy. At AMSOIL, 2008 is will be remembered as a year of milestones as we completed our expansion into the AMSOIL Center in January and marked our 35th Anniversary in July, eager to embark on the another 35 years looking forward. It was a joy to share the moment with Dealers and friends of the AMSOIL family from across the continent at our Convention here in Duluth/Superior.
Early in the year, AMSOIL was saddened by the loss of legendary hot rod builder Boyd Coddington. A true inspiration, Boyd’s many accomplishments spoke of his passion for his work. AMSOIL was fortunate to be able to partner with him during the months before his passing, and appreciated his commitment to his relationships and his craft. Boyd was truly a loss to the both the industry and those who knew him personally.

In March, AMSOIL announced its sponsorship of the 2008 Street Rodder Road Tour. Led by Jerry Dixie, these enthusiasts love sharing their passion as they travel around the country in their classic street rods. On their way to the Back to the 50’s event in St. Paul, MN in June, AMSOIL hosted a party at the AMSOIL Center. AMSOIL founder and President/CEO A.J. Amatuzio welcomed the Road Tourians, and Jo Coddington made an appearance. The event attracted hundreds of street rodders and local enthusiasts. It was exciting for AMSOIL to be a part of this event. The year ended with AMSOIL becoming title sponsor of this annual event. 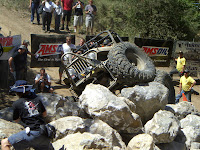 Springtime brought more excitement as AMSOIL continued its sponsorship of the 2008 Diesel Power Challenge, a two-day competition held in Salt Lake City. Diesel builders put their trucks through the paces in a competition fit for only the toughest. The Four Wheeler Top Truck Challenge was another event AMSOIL was proud to be a part of. This week long event puts drivers and their trucks through rigorous events that test even the mightiest Four Wheelers. 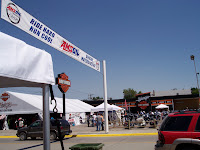 In 2008 AMSOIL became the Official Oil of the Sturgis Motorcycle Rally as well as the 2009 Daytona Bike Week. The AMSOIL presence in these motorcycle scenes is huge and continues to grow.
For the second year AMSOIL had the privilege of being a sponsor of the National Street Rod Association, participating in events from coast to coast. Their August Street Rod Nationals in Louisville is the granddaddy of car shows and the standard by which all others are measured. 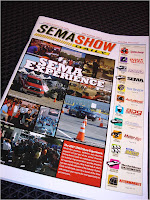 Through our Dealers AMSOIL reaches a myriad of trade shows and events in nearly every market where there is an engine that needs lubrication. The biggest of all these shows is the annual SEMA Show in Las Vegas, a mecca for the performance automotive enthusiast. As is the custom, numerous new products were introduced again this year, including AMSOIL Brake Fluid, AMSOIL Power Steering Fluid, new Ea Filters, a new 10W-30 Synthetic Motorcycle Oil and a fabulous new line of synthetic racing oils, brand name Dominator. We also introduced a new line of co-branded AMSOIL/Injen Air Intake Systems for gasoline powered cars and received a 2008 Global Media Award for this system.
2009 at AMSOIL promises to be an even better year with still more new products in the pipeline and expectations for continued growth due to continued demand for our products, especially in these times when motorists and enthusiasts want to protect their investments for the long haul. May your best days be still ahead as well. 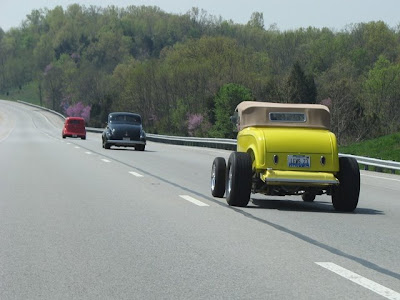