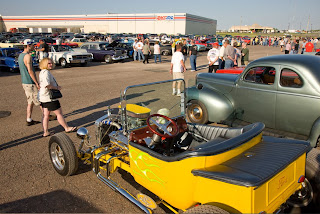 Once again, AMSOIL has partnered with Street Rodder Magazine, having signed on for the next 3 years as the Title Sponsor of the AMSOIL Street Rodder Road Tour. Jerry Dixie will once again lead the tour, only this time in a 1952 Chevy Hardtop. Built by Woody’s Hot Rodz out of Bright, Indiana, the 2009 Road Tour car is built to showcase the quality of parts developed within the street rod market. With added features such as climate controlled heat and air conditioning, this car will be built to endure the entire trip of over 20,000 miles across the country.

The Street Rodder Road Tour started in 1996, with a new car build each year. Street rod enthusiasts gather at different stops along the tour, some of which are fortunate enough to make all the rounds. Events are held in each city the tour stops in, resulting in good times and great memories. Spectators everywhere watch as groups of anywhere from 10 vehicles to larger groups around 70 travel the country. The Tour is indeed a sight to behold as it moves from city to city, and AMSOIL is proud to be a title sponsor of this unique adventure.
As tour dates and details are finalized they will be announced here at the AMSOIL Promotions Blog or visit http://www.streetrodderweb.com/ 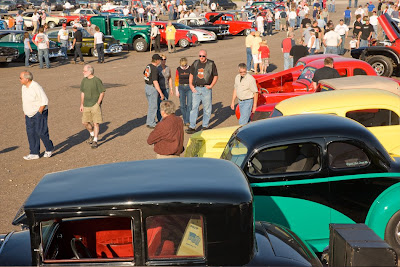