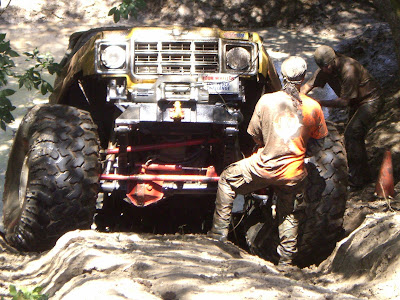 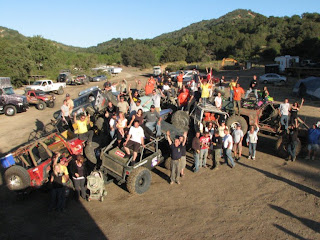 For off-road enthusiasts it doesn't get any better than this. The staff at Four Wheel magazine must have a ton of fun dreaming up ways to smash a four wheeling off road machine... and a few of the hearts of those who bring them here to Hollister for the Top Truck Challenge each year. No question it takes a rugged team and a tough truck to survive this experience.

Kevin Dinwiddie, our man on the scene this year, reported that it was the most exciting Challenge event ever, with a first place tie at the end of it all. The pictures tell a good part of the story. For the full details be sure to get your hands on the November and December issues of Four Wheeler magazine, available on news stands September 23rd 2008 and October 21st 2008 respectively. 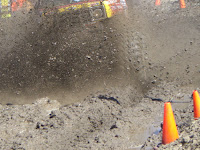 Some trucks didn't make it through all of the events and occasionally needed to be excavated out. In addition to the challenges of the terrain, on the final day competitors also had to deal with poison oak on the sides of the hills and poison oak scum in the water holes. The Four Wheeler Top Truck Challenge requires the most die-hard commitment. For those who watched, and those who worked it, it was smashing. 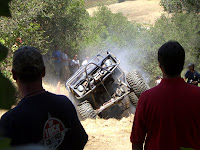 In the near future we'll grab some footage which we'll share here at amsoil.com. Later this year look for the DVD from Four Wheeler Magazine for all the gritty visual details. In the meantime, here are a few select photos to give you an idea of what this competition is all about. 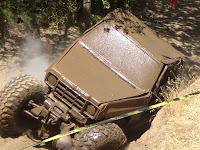