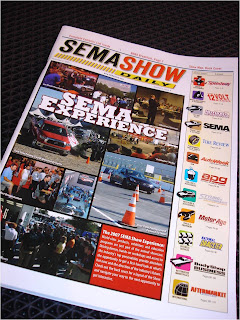 It is exciting to see that AMSOIL has developed visibility within each niche through high profile sponsorships. The June issue of SEMA News includes an article that offers an overview of the eight categories that comprise the industry. This is a brief summary of those niches and at least one way AMSOIL is involved with each. 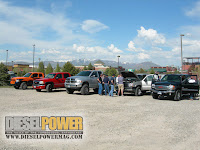 Light Truck
The light truck market refers to street use vehicles from SUVs to pickups. AMSOIL has been strong in this market for many years. 2008 is our second year as sponsor of the Diesel Power Challenge. Despite the drop in new truck sales due to gas prices, we see continued opportunity because of the millions of trucks on the road today and the fuel economy benefits of AMSOIL synthetic lubricants and filters.
Racing
Racing is a major segment of the industry as well. Many products are tested on the track and service motorists on the street. But racing is also a market in itself. Racers have been using AMSOIL for decades, but since the nineties the company has stepped up, sponsoring numerous drivers and series, from grass roots on up. Check out the AMSOIL Racing Blog if you’re a race fan and stay current with AMSOIL racing.

Off-Road
The off-road market includes everything from appearance to performance. The Four Wheeler Top Truck Challenge (which took place this week in Hollister, CA) is one way AMSOIL is present to this hard core group.

Street Performance
The street performance niche includes products used to change the appearance, performance, and/or handling of light vehicles (other than light trucks) for street use. Mopar Muscle Challenge and dedicated advertising in enthusiast magazines has given AMSOIL increased visibility here.
Compact Performance
According to the article, “When SEMA first started studying the compact-performance market it 1996, it was all about four-cylinder-powered Japanese-made cars. Back then, the dominant vehicle was the Honda Civic. Enthusiasts involved with this niche were typically 18 to 25 years old.” Also known as the tuner market, these kinds are wired and hooked up. They’re also prepared to spend money to do whatever it takes to get their machine in gear.

Street Rod & Custom
The street-rod & custom market include all products used in the construction, maintenance and operation of hot rods and customs. Last year AMSOIL sponsored legendary builder Boyd Coddington, and began a relationship with this scene through the NSRA. In 2008 the company has become a sponsor of the Street Rodder Road Tour, which will soon make a stop here at our headquarters in Superior, WI.
Restyling
Restyling is a big part of the industry also. Turning the common car into eye candy is a full time pre-occupation for many enthusiasts. AMSOIL partnered with Mothers car care products to help motorists transform ordinary vehicles into cherries.
Restoration Market
The restoration scene involves the products and services used in returning vehicles, particularly classics, to their original manufactured condition. Some of these products are refurbished original parts; others are salvaged parts; some are reproductions. The end result is a vehicle with moving parts that need lubrication... That’s the AMSOIL contribution.
The “Other” Market
Products that do not neatly fit into one of the other seven niches are lumped into “Other”. The products found in this niche are typically electronics or high tech in nature-things such as radar detectors, custom sound systems, multimedia systems and intelligent transportation systems. Much more could be said, but we’ll leave that for another day.
Posted by AMSOIL INC. at 8:53 AM