Ricky Carmichael Talks About the Path to Becoming a Supercross Star 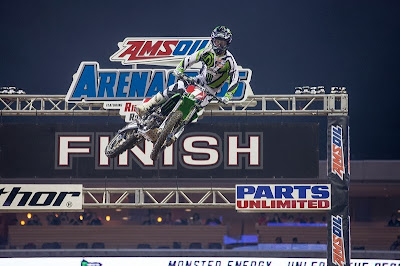 AMSOIL Arenacross has been a welcome addition to the pro motocross racing circuit, not only providing a venue for emerging stars to cut their teeth and prepare themselves for the highest levels of racing achievement, but also giving fans in smaller markets the opportunity to see top quality racing excitement in their own home towns.