John Pena has been a regular on the show scene for some time, parking his custom vehicle builds at high-profile car shows around the nation and landing magazine coverage both online and in print. He has nine custom builds under his belt, and visions of future projects constantly flowing for his next undertaking. 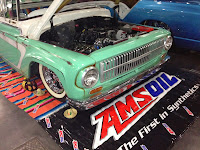 Most recently Pena attended the Houston Autorama show with his 1966 International 1000A and sent us photos of his masterpiece that speak volumes to his talent. The International 1000A was not an easy project to rebuild, and many dollars and months were spent turning it into the head-turner it is today. After so much time and effort was put into the project, Pena wanted to ensure it was ready for the road and sought out AMSOIL to keep his engine and components running peak. We agreed, and this impressive truck now has AMSOIL installed throughout. Here is a look at his latest photo update from Houston. 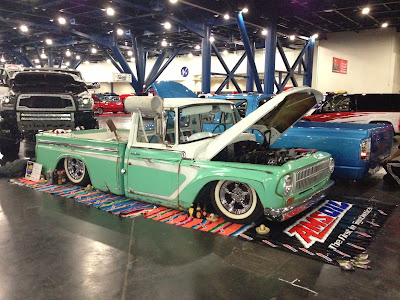 Thanks for the support Amsoil, your products keep me on the road on the way to the next show. More to come...