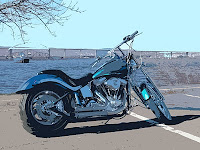 Indianapolis is gearing up to host at least two big events this weekend, February 12-15. First up is the Dealernews International Powersports Dealer Expo, a premier event focused on the Powersports Industry. AMSOIL will be in attendance to see the latest and greatest in this market, while making its own mark in the lubricant niche. Exhibitors and attendees are admitted by registration only, so while this event is not open to the public these industry shows prove to be invaluable in building AMSOIL awareness in several different markets.

Also headed to Indianapolis the same weekend is the World of Wheels event held at the Indianapolis State Fairgrounds. Trent Van Arsdalen of Trent’s Trick Upholstery will be in attendance with his show-stopping 2010 Camaro SS. Trent reached out to AMSOIL back in November as he was preparing his Camaro for the SEMA show and looking for a lubricant capable of handling such power. His custom upholstery business has won him several well-deserved awards, making his rides increasingly popular within the automotive world.

Also at the World of Wheels event, the Indianapolis chapter of Harley-Davidson will present the All-American Motorcycle show featuring customs and restored bikes. Motorama 1962 and Gauge Magazine will also feature traditional rods, customs, bobbers, tuners and more on display throughout the weekend. Open to the public, the World of Wheels show is brimming with exhibits, displays and even a few celebrity appearances. Mark your calendars now and make it to Indianapolis to see firsthand what all the buzz is about.
Posted by AMSOIL INC. at 3:37 PM