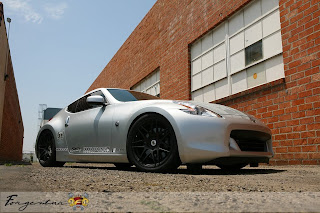 AMSOIL is preparing for the 2009 Specialty Equipment Manufacturers Association (SEMA) show coming to Las Vegas in November. Just about every leader in the automotive industry will be in attendance to showcase their offerings to the performance automotive world. Again this year, AMSOIL is installed in several high-profile cars that are sure to turn heads. Below are just a few glimpses of what to expect on display at this year’s show, all proudly running AMSOIL.

First up is Air-Zenith, a world-class manufacturer for DC 12Volt Air Suspension compressors and accessories. They will be in attendance with their AMSOIL-lubed 1985 Porsche 944. A show car indeed, it is slated for many upcoming appearances in various shows over the next year. With plenty of fancy modifications from the door handles to the carpet in the interior, AMSOIL was happy to oblige their request for the best lubricants to install in this ride.

Up next is Mike Bonanni of Double Down Motorsports and his jaw-dropping 2009 Nissan 370Z Touring car (top left). Mike uses this to race in ‘Time Attack’ events, which is the next generation for the tuner enthusiast. His Nissan is unlike most anything else out there, and with several accomplishments already under his belt Mike is sure to emerge on the scene a star. 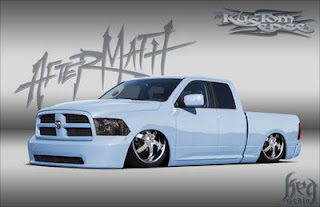 Finally, David Williams with Kustom Edge will arrive to showcase his sweet truck that is sure to get people talking. A 2006 Chevy 1500 decked out in 28’ rims, Chevy SS front bumper and an amazing paint job will show people why Kustom Edge evolved from a garage operation to a full-blown customs shop. Attention to detail from the inside out makes this ride worthy of all the attention it’s sure to receive.
These are just three examples of what we’re up to. AMSOIL will be installed in more show cars than ever, from a group of extremely talented Camaro builders, to Hemi's, Lexus, and beyond. Stay tuned for updates throughout the show and afterwards. If you can’t be there, be sure to follow the action on the right here for SEMA 2009 in November.
Posted by AMSOIL INC. at 4:26 PM