Votes Are In: First Round of AMSOIL Super Chevy Best of the Best Winners 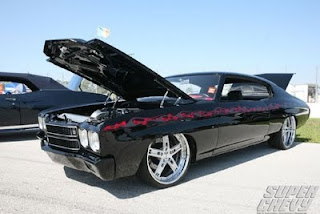 The first Super Chevy show of the season is now behind us after having landed in Jupiter, FL earlier this month. As previously announced, five Chevys were awarded the honor of being named AMSOIL Best of the Best in their respective categories. In addition to an award certificate recognizing their achievement, each winner receives a free Preferred Customer membership from AMSOIL. At the end of the season, the 12 winners from each event category will be placed in a special voting section on the Super Chevy website. Readers will then vote on their favorites to determine the ultimate Best of the Best in each class. Final winners will receive a plaque, commemorative jacket, $500 in AMSOIL products and supreme bragging rights as owner to the best Chevy of its kind.

Check back often for more AMSOIL Super Chevy Best of the Best updates through October. As the show makes its way across the nation, AMSOIL will be on hand to ensure only the best lubricants go into the best Chevys.