AMSOIL Engine Masters Challenge Is Firing On All Cylinders 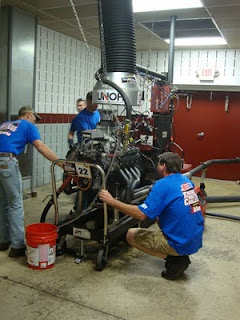 We're here at the University of Northwestern Ohio for the AMSOIL Engine Masters Challenge presented by Popular Hot Rodding. It's an experience unlike any other. Forty engine builders from around the country bring their engines for a head-to-head dyno shootout with the ultimate build going home with the title Engine Master. It's King of the Hill and Super Bowl all rolled into one week, four solid days of dyno runs and one more day for the six finalists. But don't let the time frame deceive you. These teams prepare all year, constantly studying the finer points of the rules in order to see how and where each one can get their edge.

Fords, Mopars, Chevys, big blocks and small bocks, Fuel Injected and old school motors all compete on identical dynos under identical atmospheric conditions. Many competitors are simply here for the adventure, but others only have their eye on the prize. 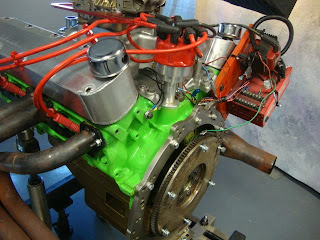 The scale of the event is itself enormous as technical staff are flown in from various parts of the country to work alongside the Univerity technical experts. Students also assist in the process, helping uncrate, assemble, hook engines to dynos. All of it gives these young people an incredible opportunity to gain new insights into how to enhance performance on internal combustion engines. 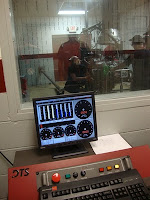 The process runs like this. Engines are unloaded into the staging area in another part of the building. The crated engines are uncrated, placed on cradles on dollies. At the appointed time, each team’s engine is rolled to one of the two dyno cells where the engines are hooked up. No one is inside the room when the engine is run through its paces, watching the activity through a large window with shatterproof glass.

Dyno operator Sidney Bonnecarrere ensures that every run gets loaded and pushed through identical paces from 2500 rpm to 6500 rpm. Bonnecarrere does all the throttle work on all the dynos throughout the week with a detached objectivity. Each builder team and EMC staff watch from the control room where the measurement equipment spits out data. 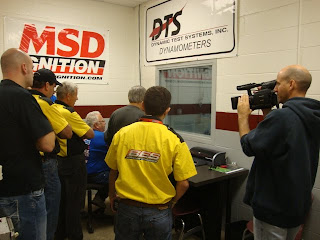 After three warm up pulls, teams have three minutes to study the data, then fifteen minutes to make adjustments. When the allotted time is up, three more dyno pulls are completed and the numbers are final.

In another space there is a locked room where the top six qualifying engines are placed so that they remain untouched until Friday’s runoff. The first six engines may have been put in there Monday, but as scores mount, new engines are set in quarantine and other engines removed. Thursday night, there will be only the top six engines in this room, under lock and key till the next morning.

The competition director is Wesley Roberson of West Monroe, LA who has served with the NHRA since 1968. According to Ed Zinke, publisher of the performance group of magazines with Source Interlink, this competition is significantly different from timed engine building events. To see day by day action and constantly updated results, visit http://www.popularhotrodding.com/.

AMSOIL is represented this week by technical manager Len Groom and director of advertising Ed Newman.
Posted by AMSOIL INC. at 9:51 AM