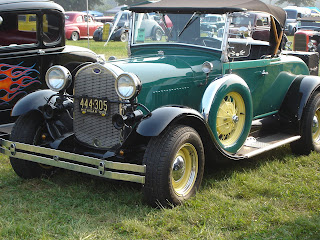 If it isn't one thing, it's another. No sooner have we finished our 35th Anniversary Convention here than we have to get our head out of the clouds and feet back on the ground preparing for the next event. The street rod scene it is the 39th Annual Street Rod Nationals that a lot of folks are gearing up for. Louisville's the place. July 31 thru August 3 are the dates. If you love the cars, bring along a lawn chair and get up close to the curb because all day every day it's a parade. An estimated 10,000 to 15,000 vintage cars will be on hand this year for the largest show of its type anywhere in the world. 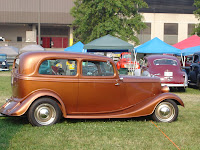 This will be the fourteenth year the NSRA Nationals will be held in Louisville. The first event was held in Peoria in 1970 featuring 600 rodders. Since then the nationals have been hosted by Columbus OH, St. Paul MN, Oklahoma City OK, Memphis TN, Tulsa OK, Detroit MI, and Syracuse NY. But Louisville's become the major center of this gathering.

There will be more than 300 manufacturers of specialty equipment as well as an AMSOIL presence. If it has moving parts, nothing protects and performs like AMSOIL synthetic lubricants.
The images here, taken last year, offer a pretty good flavor of what's about to take place in the week to come. 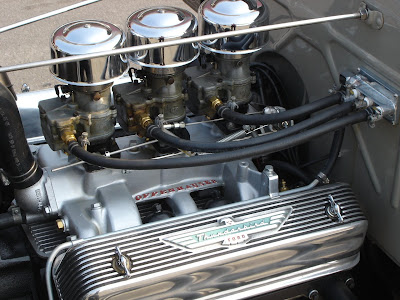