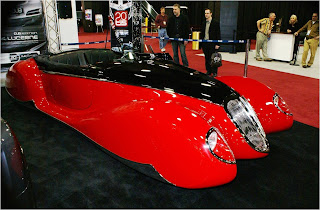 This week is Detroit's world famous car show, the 2008 North American International Auto Show with over 700,000 attendees from virtually every corner of the earth.

AMSOIL lubricants and filters were utilized on a custom car featured by DUB Magazine in their high profile display. The hand built, one-off Delahey design, nicked named the “French Connection,” was a creation by Boyd Coddington built for California car collector Rocky Walker. The car features a special marine V-12 engine made in Italy and an Ostrich Skin interior. 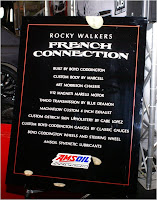 The special project, valued at over 1,000,000 dollars, took over a year to build and will be displayed at numerous car shows and auctions around the world. If you plan on attending the Detroit Auto Show this year, the car is featured in Michigan Hall at Cobo Center along with over 700 other concept, production, and specialty vehicles until January 27th.
Posted by AMSOIL INC. at 8:14 AM